Female Invest, a subscription-based edtech founded out of Copenhagen by three women, has set its sights on overseas expansion this year, starting with the UK.

The platform is priced at £8 per month targeted at female retail investors with an additional business-to-business (B2B) offering.

It sets out to close the gender investment gap. Its content includes courses, webinars, video tutorials, articles, and live events. Its partners include Nordea, Nasdaq and Nordnet.

In the UK alone, there’s a gender investment gap as wide as £15 billion, according to Prospect Magazine. Female workers in the UK are retiring with around £70,000 less in their pensions than men, per a Nest survey last year. 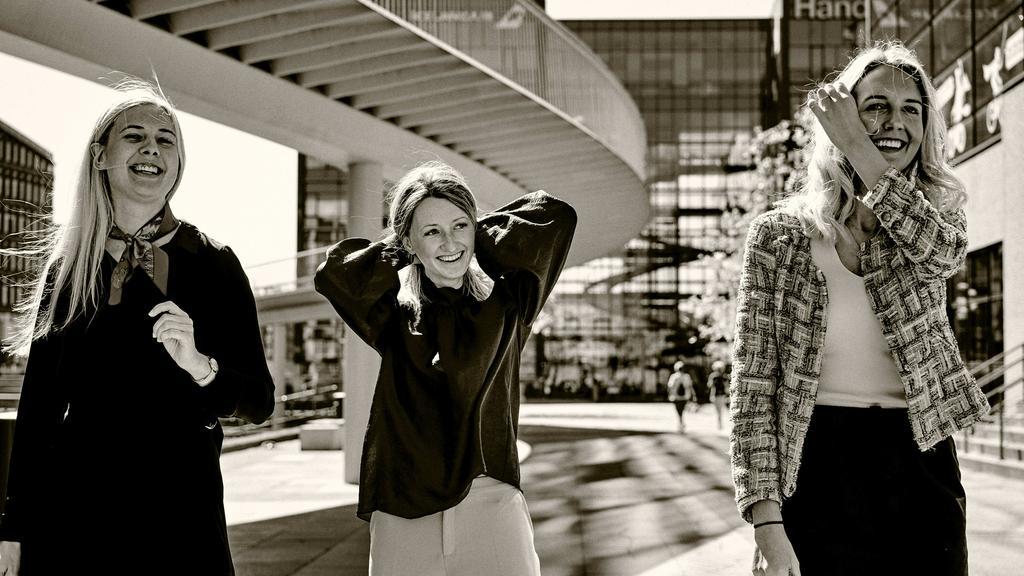 Female Invest came to fruition back in 2017 at Copenhagen Business School. Its co-founders include 25-year-old Emma Due Bitz, 27-year-old Camilla Falkenberg, and 26-year-old Anna-Sophie Hartvigsen.

Its youngest co-founder, Due Bitz, worked as a certified Nordea stock trader at 20 – becoming one of the youngest female traders in the Nordic region.

“There is such a large hole in the market for female-orientated content,” Hartvigsen tells FinTech Futures.

The platform went live in the UK late last year, and aims to push its physical presence on the island post-pandemic, starting with a London-based office.

In December, the start-up raised $1.6 million in a round led by Danish state investment fund, Vækstfonden, to underpin this expansion. Other backers include Saxo Bank’s co-founder Shailendra Patel, and an investor on Denmark’s Dragons’ Den.

The platform is powered by 11 employees and serves 80,157 members from across 56 countries. Hartvigsen says the UK is its “next big market”.

“We want to go into one country at a time, establishing local partners – both banks, and non-financial firms,” she says, citing Google and BMW as latter examples.

“We’re waiting for COVID-19 to lift so we can establish our physical present,” she adds. “But we’ve already started working with some UK banks.”

Currently, the start-up’s tech team is building a “2.0 platform”, which Hartvigsen estimates will be ready in five-to-seven weeks’ time. The idea is to build into the platform more of a community component, so members can better link together.

Getting over initial insecurity

Despite men often making up the face of investing, multiple studies have proven women outperform men on the stock market.

Warwick Business School examined 2,800 UK men and women investing with Barclays’ Smart Investor over three years. Whilst the men managed an average annual return 0.14% higher than the FTSE 100, women outperformed by a notably larger 1.94%, beating their male counterparts by 1.8%. 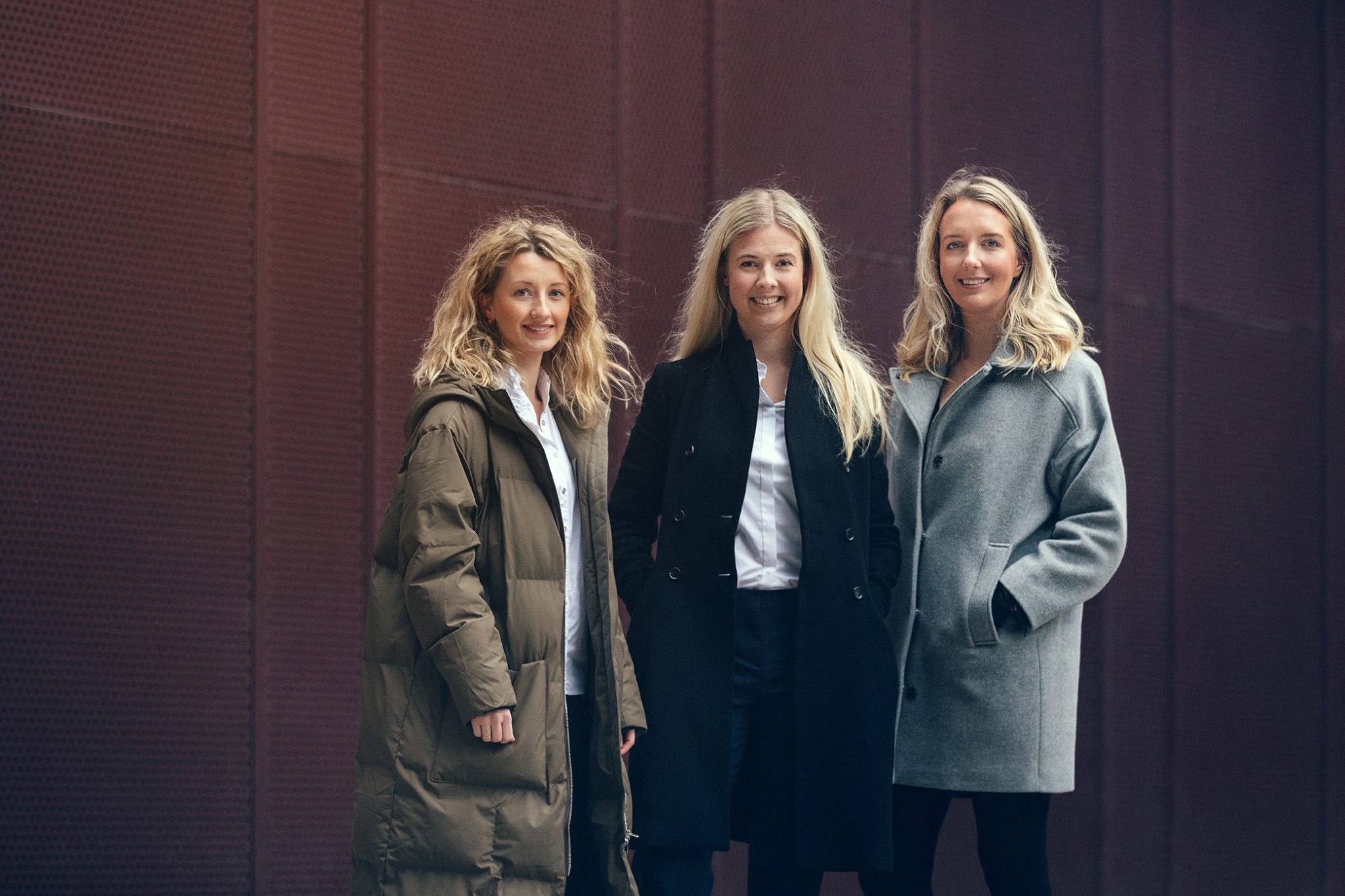 “It makes a big difference when you see someone like you on a platform,” says Hartvigsen

“Around the world, it’s the same trend,” says Hartvigsen. “Women consistently achieve better returns. There are traits we see women. On average, they take less risk, and are more long-term, holding onto investments for longer.”

Whilst this cautious approach to money is often why women don’t get into investing – Scottish Friendly research suggests as many as 2.6 million women have been put off by the sheer number of funds available to them – it’s clear this trait is what enables them to outperform men.

“That very insecurity is what makes them excellent investors once they get started,” explains Hartvigsen.

Last week was a big week for women on the stock market. Bumble, the dating app founded and led by women, launched its initial public offering (IPO). Its market value soared to more than $13 billion after listing shares, making its CEO, Whitney Wolfe Herd, a rare female billionaire.

“It makes a big difference when you see someone like you on a platform,” says Hartvigsen.

Ultimately, the edtech is focused on how women can become successful long-term investors through means such as stocks, funds, exchange-traded funds (ETFs), and real estate. Which means there’s “not much crypto” involved.

When Female Invest’s co-founders started out, their aim was – and remains – to change the language around investing to make it more female-friendly.

All three of the start-up’s co-founders have admitted that despite being in the industry, they all still found investing hard. “It’s a global problem – women don’t manage their money as much as men do,” says Hartvigsen.

The edtech avoids unnecessarily overcomplicated terms to make the content less formal. “We want to change the dry, boring perception of finance. That doesn’t mean to say our content is ‘lower’, it’s just different.”

For example, a savings account is often referred to as a “F**k You” account, because the education is centred around independence. This framing makes sense when you analyse the drawbacks of financial interdependence in a relationship.

The American Sociological Association found back in 2015 that financially dependent couples are significantly more likely to cheat. But in the aftermath, it’s women who bear the brunt of the costs.

“We’ve created quite an aspirational movement,” says Hartvigsen. “It draws women in, and it’s not just about money, it’s about being part of something bigger. It’s about making your own choice about your freedom.”

She likens this feeling of belonging to the groups addressing the lack of female founders closing capital funding. “A lot of women feel like they’re part of a founder experience, so we’re breaking the glass ceiling on many levels.”

Read next: VC investment for UK’s female fintech founders up 6% in 2020