Gemini, the crypto exchange founded by the Winklevoss twins, has launched a new savings accounts called “Earn” in the US.

First reported by CNBC, the fintech’s move into banking this year follows its expansion overseas in the UK back in September. 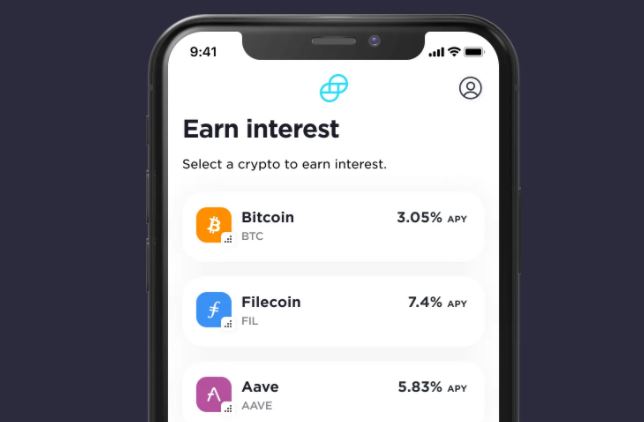 Rates of up to 7.4% annual percentage yield (APY) will apply

Alongside its savings accounts, the fintech acquired Blockrize last month. It will use the purchase to build its own credit card with up to 3% in crypto rewards.

Earn allows Gemini customers – for now just in America – to hold the 26 cryptocurrencies on its platform, including bitcoin, ether, and Litecoin, in interest-bearing accounts.

Rates of up to 7.4% annual percentage yield (APY) will apply. Such a rate is striking at a time when the US national average rate sits at just 0.05%.

The fintech does this by lending out crypto through its lending partner, Genesis Global Capital, to institutional borrowers which pay interest on the loans.

Noah Perlman, Gemini’s chief operating officer (COO), tells CNBC that Gemini is the only crypto exchange to offer such services in every US state. This includes New York, where BlockFi – which offers 8.6% APY on crypto deposits – cannot operate due to regulation.

Gemini plans to offer interest-bearing accounts for its dollar-pegged stablecoin “in the coming months”.

But then Gemini lost its European head, Julian Sawyer, a month later. He had led the start-up’s expansion strategy for less than a year. First reported by Wired, Sawyer has since updated his LinkedIn page, and is the CEO of Bitstamp.

Despite the loss of Sawyer, the start-up’s European arm is the second entity to land approval as part of the FCA’s Fifth Money Laundering Directive (MLD) crypto asset registration process.

As well as Europe, the has also set its sights on Southeast Asia.

Similar to its entry into the UK and its continued operation in its home market, Gemini is taking a regulation-focused approach in Singapore. It plans to file for a licence under the country’s new Payment Services Act (PSA).

A quarterly report published by Singapore-based banking giant DBS Bank brands 2020 as a milestone in the history of finance for digital transactions.

It also notes that China is the world’s leader in bitcoin mining. The country accounts for some 70% of the crypto’s computer power globally.