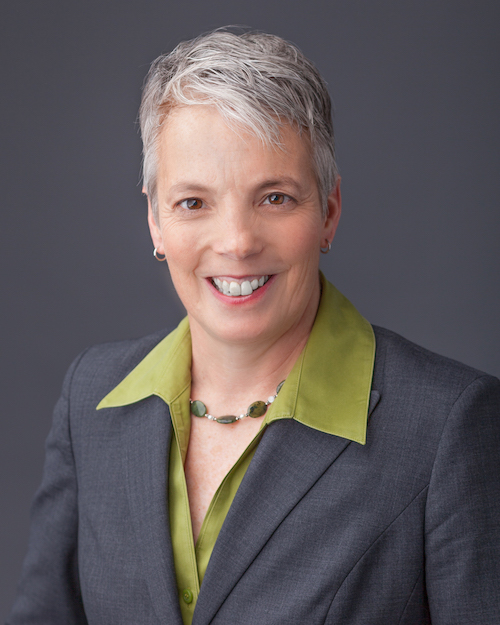 An innovative approach, repurposing a tool originally designed for testing, brought a way forward for AFS customers when faced with the urgent need to accommodate the US government’s Payroll Protection Program (PPP) scheme for small business emergency relief loans.

The US government’s Payroll Protection Program (PPP) in response to the COVID-19 pandemic brought a lot of challenges for banks. There was the need, at short notice, to approve, fund and book thousands of small business emergency relief loans.

As a long-standing market leader in commercial lending and risk management solutions for financial institutions, Automated Financial Systems Inc. (AFS), of Exton, Pennsylvania, looked at what could be done to meet the challenge.

“There was obviously a lot already going on when this package came out,” says Melissa Hofer, AFS’s EVP, chief product officer. The banks were having to set up remote working for their employees and there were all of the human-level challenges.

This was added to when Congress in late March passed the Coronavirus Aid, Relief and Economic Security (CARES) Act, a $2.3 trillion package of programs to provide fiscal stimulus and relief in response to the pandemic. PPP was one of those programs. In total, $349 billion was made available in “forgivable loans” via PPP to small businesses. The loan terms were the same for all recipients. The loans were to cover payroll costs and most mortgage interest, rent, and utility costs over the eight-week period after the loans were made.

PPP was welcomed as a way to help small businesses and restart the economy but there were a lot of grey areas, says Hofer, with open questions at the start around the timing and processes. It was also difficult for banks to predict the volumes and when the funding would run out.

All of the loan applications needed to be funnelled to the US Small Business Administration (SBA) for approval, with uncertainty over how long that would take. It was then up to banks to disburse the funds.

The program was in place and operational on 3 April, only seven days after being created, and demand for PPP loans was predictably huge. Funding ran out after less than two weeks, during which time 1.6 million loans were approved. The program funding was increased by a second injection of $310 billion on 24 April.

“Banks really rose to the occasion,” says Hofer. The focus was all about the clients, including new ones, with a commitment to ensuring that PPP was a success. “It was very rewarding for AFS to be a part of that. We always had it in the backs of our minds when we were working weekends and to midnight.”

Multiple clients, including one of the largest 15 banks in the country, asked how AFS could help.In the ten days between the PPP scheme being created and the day it began accepting loan applications, that large bank expected to be flooded with thousands of applications from small businesses in financial distress.

AFS and its clients formed a joint team of technical and operational analysts. A number of options were considered before it was suggested that a tool used to upload massive numbers of fictitious loan accounts for test purposes could be adapted for use in uploading approved PPP loan applications. “It was not without its challenges and it had not been used on this scale before but we thought, let’s give it a try,” says Hofer.

The tool took in files from the banks containing the requisite fields for the loans. It then uploaded and booked them at once into AFS’s flagship AFSVision servicing system where disbursement to borrower DDA accounts followed simultaneously. This one-step process bypassed the system’s regular requirements for workflow and control, which under normal circumstances would involve each loan being booked and funded separately. By using this tool, AFS customers were able to expedite booking and funding. In the case of the top 15 bank, this was for more than 50,000 PPP loans. This took a matter of minutes, a fraction of the time it would have taken under regular processing operations. This meant that the banks were able to provide fast and responsive financial assistance to businesses in need.

At that top 15 bank, the first PPP loan was booked using the test tool on 9 April. It took a week to turn the whole procedure into a smooth working rhythm, during which 86 loans were booked. On 20 April, the bank used the tool to book and fund more than 1600 loans in a single day. Over the following three weeks, the bank added over 40,000 more loans, an average of 2666 loans per business day.

Without the tool, with a typical booking time of ten minutes per loan, it was estimated that 40,000 loans would have taken 6,666 man-hours to finish. This would not only have delayed the availability of much-needed funds to small businesses but would also have involved an enormous expense of resources and time to the bank. In addition, the tool ensured that data integrity was maintained through the booking process and reduced the risk of human error.

The tool is not intended to be for every day use because it was only the guarantee from the SBA on these loans that meant the built-in workflow management and control mechanisms of AFSVision could be bypassed. Nevertheless, says Hofer, AFS is now looking at lessons from the entire process and potential core system enhancements to support these types of programmes. This would be for future PPP or similar relief programs – she points out that there are other reasons for relief programs, such as natural disasters.

There was an element of “bubblegum” about the rapid, repurposing of a tool built for a totally different role, concludes Hofer, but it worked. These were exceptional times and flexible, “out-of-the-box” thinking, plus long working days, produced the right result – for the banks and for their customers at a time of great need.

CLICK HERE TO READ THE FULL BANKING TECH AWARDS WINNERS SUPPLEMENT, IT’S FREE AND FEATURES SOME OF THE MOST IMPACTFUL AND INNOVATIVE PROJECTS, PRODUCTS, SERVICES AND PEOPLE IN THE BANKING TECH/FINTECH SPACE IN 2020!