Ant plans for IPO as it reaches restructure deal with regulators

Ant, the Chinese Big Tech led by Jack Ma, has finally reached an agreement with regulators regarding its restructuring, Reuters reported last week.

The firm will siphon off a handful of its operations, including its consumer-credit data operations, into a separate entity. Ahead of its second run at an initial public offering (IPO) – now rescheduled for the next two years. 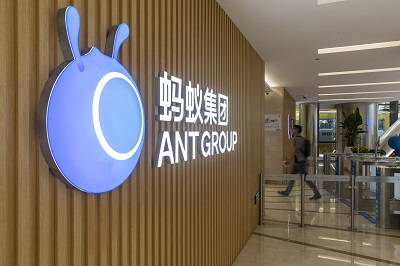 Ant has until November 2021 to register a new financial holding

The transfer of the fintech’s Zhima Credit service, whose revenue enjoyed an 87% jump in 2019 and houses data on some one billion people, will likely placate regulators.

A Reuters source says Ant’s financial holding firm, under which its credit service – one of the largest of its kind in China – will be granted a licence by the People’s Bank of China (PBOC).

The holding company will also hold Ant’s payment processing and technology offerings. That includes its widely adopted digital wallet Alipay, its blockchain developments, its food delivery services and equity investments in other companies.

The restructure is designed to ensure Ant’s financial services are subject to the same sort of capital requirements banks have to abide by, as opposed to Ant continuing to act wholly as a technology company.

In the days running up to Ant’s would-be record-setting $37 billion IPO last year, Chinese authorities pulled the plug on the listing.

New draft regulations submitted just days before its Hong Kong and Shanghai dual debut required Ant to provide at least 30% of the funding its loans rest on.

Prior to its halted IPO, Ant funded just 2% of its loan balance sheet. The rest came from other sources, including banks.

Ant, just like JD.com, has until November 2021 to register a new financial holding, as per an announcement by China’s State Council.