Under the hood of London payments platform Currencycloud

Employees of London-grown fintech start-up Currencycloud once enjoyed the perks of its headquarters sitting right next to Old Spitalfields Market. But post-pandemic the firm is favouring long-term flexible working over a five-day week.

Since its inception in 2012, Currencycloud has raised some $160.2 million in funding from heavyweight backers such as BNP Paribas, Visa, and SBI Group. It’s now investing some £1.5 million of these reserves into staff home working equipment. 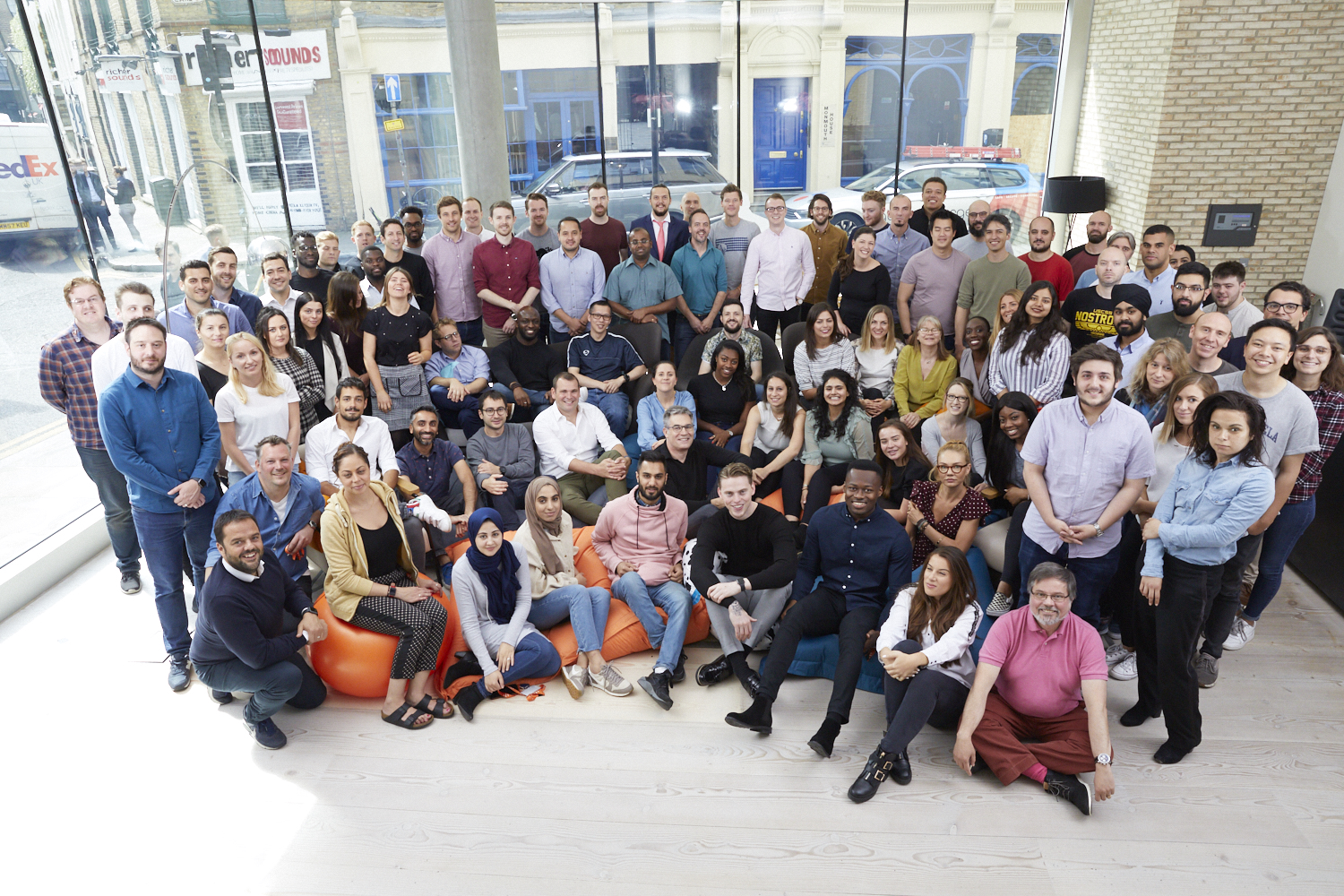 The scale-up helps banks, fintechs and foreign exchange (FX) brokers move money across borders. In December, it said it was fast approaching 500 customers. Familiar names include Starling Bank, Revolut, Penta and Visa. The fintech also claims to have doubled payment volumes since the UK’s March lockdown.

Bailey joined Currencycloud from “a large legacy financial firm”. There, Bailey conducted a digital transformation, helping to bring all the company’s tech back in-house.

“It’s chalk and cheese working somewhere like that compared to a fintech,” he says. “Even if they preach agile software development, […] there’s a lot more bureaucracy.”

To deal with the doubling of its payment volumes in 2020, Bailey says the fintech has been doing “a lot of work in the background”. He and his team take inspiration from Alipay, the mobile wallet created by Chinese Big Tech Ant Group.

Ant updates its technology every 18 months, due to the sheer amount of money going through its platform. “By the time they update it, it’s out of date. It’s a never-ending process,” says Bailey.

Whilst the exec acknowledges Currencycloud isn’t quite in Alipay’s leagues yet, he’s sure this dynamic as opposed to static technology approach is best suited to a hyper-growth-obsessed industry like fintech.

Alongside its self-built software and APIs, Currencycloud sits on cloud-based architecture provided by Amazon Web Services (AWS), and employs a number of software-based start-ups.

It works with Tableau, a Washington-based data visualisation start-up, and Apply Financial, to which Currencycloud outsources its account number and sort code data flow.

“We don’t want to maintain the validation, so outsource to an expert,” says Bailey. “It’s similar on the compliance side. We have an internal screening system, but also leverage TPPs [third party providers] at specific points in the workflow.”

Currencycloud’s build-focused employee structure has evolved over time. Currently, it consists of around ten small, cross-functional scrum teams. They are each made up of roughly four software engineers, two quality assurance engineers, a technical team leader, and a product manager.

These teams build all the software, and according to Bailey “have a lot of autonomy”.

“We’ve split the platform into micro-services,” he explains. “Such as FX [foreign exchange], collections, payments – each of those slices is owned by a team end-to-end.”

These teams prioritise their own workflows, measuring products in the pipeline by revenue generation, strategic importance, and risk.

“This way, there’s not one central backlog,” says Bailey. “Instead, teams have autonomy to build and hit revenue targets. It’s a very decentralised model that’s purposeful and post-industrial – innovate more, stay close to the customer.”

It’s not always been like this. When Bailey first joined the start-up four years ago, there were just a few scrum teams. This meant the decentralised structure it has now was still in the embryonic stages. 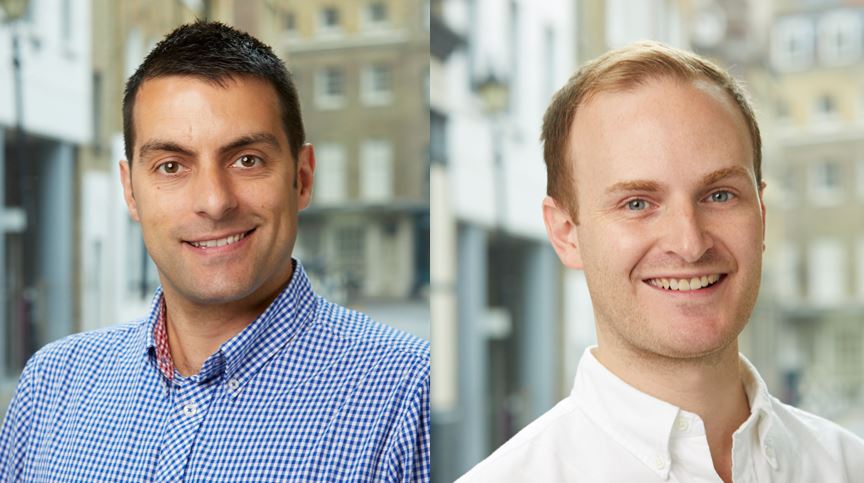 “A lot of start-ups reach this inflection,” the exec explains. “It’s really common in any software company. We made the decision looking at other companies’ organisational design books.”

Currencycloud’s engineering team has admiration for Spotify, something it no doubt shares with a number of other start-ups. The Spotify model was first introduced to the world in 2012, after Henrik Kniberg and Anders Ivarsson published their famous whitepaper “Scaling Agile @ Spotify”.

The Swedish streaming service organises around work, rather than around specific practices. “Control leads to compliance,” Dan Pink said in his book ‘Drive: The Surprising Truth About What Motivates Us’. But “autonomy leads to engagement”.

At present, Currencycloud is focusing on two top growth vectors. One is around entering new customer brackets by creating new products, whilst the other centres around expanding into new geographies.

The fintech plants product managers into all its markets, which largely cover Europe, North America and Asia Pacific. These managers interview customers and conduct market research. “That’s how we come up with build suggestions and an internal prioritisation process.”

Currencycloud Spark, which launched in August to offer firms the ability to issue multi-currency accounts in the name of their business customers, was a product of such research.

Bailey claims more than 20% of the start-up’s clients were actively using the service within six months of launch.

To create the product, three different scrum teams were involved – virtual accounts, payment, and FX. “We don’t want them to be blocked from working between group lines,” explains Bailey.

One of Currencycloud’s clients, Money Mover, participated in its payments tracking technology launch by helping out with the pilot.

Alex Garbutt, product manager at Money Mover, tells FinTech Futures it initially only had access to payment updates via a third-party direct platform. But the firm has since become one of Currencycloud’s first clients to use its payment tracking API.

“The nature of the SWIFT network is that it was previously really hard to locate payments, and routing banks were really slow to feed back,” explains Garbutt.

Looking further than Europe, North America and Asia, Currencycloud wants to extend its payments and receivables products further into central eastern Europe (CEE), as well as across Asia Pacific and Latin America.

The fintech has enjoyed client growth in the Netherlands and throughout western Europe. In North America, the fintech is pushing new business, and in Singapore it soon hopes to open a new office.

“You need liquidity hubs in different regions,” explains Bailey. “Systems needs to know where to store funds for clients, otherwise safeguarding is harder to do.”

Time to market can be stalled when fintechs’ products depend on the co-operation of banks. Bailey puts it down to the “sheer number of stakeholders you have to talk to”.

“When you’re a fintech connecting into a bank, there’s a lot of lapsed time”.

He says the firm conducted a pilot with NatWest, but it didn’t progress past proof of concept and turned into an “info-gathering exercise”.

When Currencycloud connects into banks, two things matter: One is the data format of what is sent or received, the other is how the data is received or sent.

Not all connections to banks are API-based. Many banks still use fixed connections, like an SFTP connection.

“Even then, the challenger’s focus on retail or SME customers over the agency banking model can mean their priority is going direct to market. So, the agency banking API model is sometimes not their primary business. Even with digital-first challenger banks, you can find API connection challenges.”

Agency banking is a type of branchless banking which traditional banks utilise to extend their network through authorised agents.

“We rely on a patchwork of banks,” says Marais. “We’re constantly trying to find partner banks in different regions – usually in the FX or payments spaces.”

In some countries, Currencycloud doesn’t get much choice as to which banks to partner with. This is down to the layered, party-to-party model in some regions of the globe.

“Some banks are four steps removed from the company making that payment,” explains Marais. This means “certain banks don’t want to take on the risk appetite”, reiterating Garbutt’s earlier point.

There’s an array of formats banks work in. In one case, a Currencycloud banking partner requires a manual CSV file format.

As for connections, one of the fintech’s oldest legacy banks asks it to manually upload payments. “We’re moving away from this. We hate it because we can’t make these payments instant and it cannot ever scale,” says Marais.

“We always aim to connect via APIs,” he continues. “But as a general rule, we never connect to a bank via manual upload, it’s old school.”

Marais explains: “Some banks operate via a batch service, which run on settlement cycles that happen several times a day. Other banks are technically progressive, but the limitation still exists within the batch setup of the payment scheme – for example FedACH in the US.

Currencycloud prioritises connecting to instant payment rails, and the ISO 20022 standard is boosting adoption of these around the world. Marais reckons the industry’s thirst for change will see innovation accelerate.

“There’s a need for real-time activity, and that’s very hard to achieve through non-API based tech.”