Invincible TikTok: why video services are exciting and daunting at the same time

The world media is still dominated by headlines about the US government’s crusade against the Chinese social network TikTok. At first glance, this is just another social network, which, unlike its competitors, is initially focused on video content rather than text and photos. Even accusations that the application was collecting too much data about users does not explain what the government’s problem is, because Facebook, Amazon, Google and other big techs are accused of and guilty of the same data over-collection sins, too. 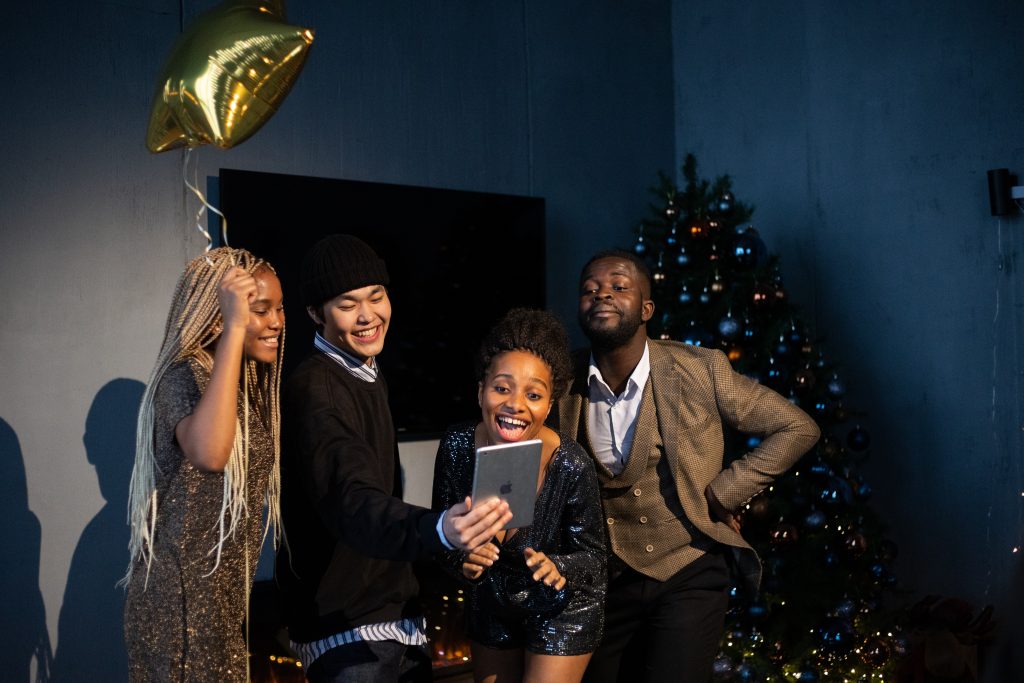 The ethical side of using AI video is becoming an increasingly acute problem today.

However, the fears driving the US government become much clearer when you look at the statistics of video content consumption, the power of its influence on the minds of users, trends in the development of artificial intelligence technology and the prospects for synthetic media – with everyone having heard of deepfakes showing presidents and famous people looking like they’ve said something on video, when it’s all just a digital creation.

Balancing the enormous potential of AI video for business and the threat of massive proliferation of deepfakes is becoming increasingly difficult.

Video content is power. Users on Facebook, Youtube, TikTok and Snapchat view 24 billion videos every single day – a number that only continues growing – and the pandemic has only spurred the growth in video content consumption.

What makes video so special?

Video influences our moods and emotions, shapes our political and cultural views, helps us form opinions about people, companies, products and more. Until recently, this enormous power of influence only belonged to a small group of people – those who knew how to write scripts, shoot film, play and act for the camera and edit video. Ad companies and production houses are ready to pay from hundreds of thousands and to even millions of dollars for a video production of just one to two minutes, all to sway our views in favour or disfavour of a particular product, service, person or people. In earlier times, before anyone could create their own videos and personal video channels as anyone with a smartphone can effortlessly do today, most people were convinced that creating even a single high-quality video was difficult, expensive and time-consuming.

However, over the last ten years, the situation has changed dramatically, and over the next ten years, that change is already becoming unrecognisably profound. Not only can anyone be a YouTube, Instagram, Facebook Live and Tiktok star, but artificial intelligence technologies are now competing with humans, having already begun a quiet new revolution in content creation, which is bringing the world new challenges.

What is synthetic media?

The terms “synthetic media” or “synthetic content” are still relatively new to many. They refer to content created partially or fully using artificial intelligence. You won’t surprise anyone with synthetic images: even children have mastered photo editors long ago. But until recently, it was difficult with the video: in order to make changes to the video, it is necessary to not only take into account the movements of a person in each frame, but also to correct the speech and what is being spoken.

Neural networks have learned to process voice and video, facial expressions and individual human movements. This makes it easier, cheaper and faster, not only to create a new video, but also to modify an existing one. For example, this year, Reuters used AI to create a news report about a football match.

The commentator was filmed ahead of time in the studio and asked to present different versions of the various game moments, which the algorithms then used to process those pre-recordings to provide video and sound of the presenter in accordance with the real game!

Thanks to AI, you no longer need to shoot multiple takes if one of the actors messes up the words. Just correct the text transcript, and the neural network itself adapts facial expressions and the spoken voice to match the script. For example, the Descript platform already knows how to do this. Very soon, the budgets of both Hollywood films and commercials will lose a few zeros. The process of video production itself will also speed up by an order of magnitude while maintaining professional quality, and who knows – it’s probably still a while away yet, but we’re sure to have famous actors from the past in their prime, coming back fully digitised and pixel perfect in the future.

Imagine bringing Elvis back to sing the jailhouse rock to Marilyn Monroe, while Clint Eastwood asks them both how lucky they feel – and it will be indistinguishable from the real thing.

AI video content can be easily refined, too. For example, you can dub a video in different languages, and not be limited to subtitles as before. Until recently, multilingual voice acting was a difficult task, but today, AI solves it in no time.

Just imagine how AI content will make life easier for small and medium businesses. Online store owners will not need to shoot videos for each of the hundreds of products they offer in order to increase the probability of a customer clicking the “buy” button, by 40-140%!

You can shoot a professional video once, for example, with a demonstration of a ring or bracelet, upload it to the AI ​​platform along with photos and text descriptions of other products. The AI ​​itself will replace products in the video and create content for numerous jewelry items.

Such solutions already exist. On the Synthesia platform, you can create a video without involving actors, film crew or studio rent. As the authors of the project say, creating a video is as easy as writing an email.

Synthetic media can also help increase customer engagement with brand communications and improve customer service. Today, many users are not so happy but still have to communicate with chatbots and automated voice services, simply because it is the fastest way to get the information they need or solve a problem. AI allows you to personalise communication, so customer satisfaction rises dramatically when AI technologies are used.

One example is Alibaba, which during its recent 11.11 Global Shopping Festival, allowed millions of virtual showrooms, while 3D virtual tours done on screens or VR headsets, along with virtual 3D AI avatars that acted as virtual sales people, gave the company its most advanced and biggest sales event ever.

Another example is ABC Bank, operating in Bahrain, which has integrated an avatar assistant, Fatima, into its digital bank. Customers no longer need to click, scroll, search, type. Any question can be asked to Fatima orally to get a “human” answer. A similar assistant, Jamie, is used by the New Zealand bank ANZ. Jamie is a great help to the support team, the workload of which has increased greatly during the pandemic. An avatar can communicate simultaneously with an unlimited number of clients – no one has to wait for an operator’s response.

The World Health Organisation (WHO) has launched the Florence digital assistant. She tells smokers why the COVID-19 pandemic is a good reason to quit a habit, and helps create an action plan. The user communicates with the avatar in the same way as if he or she were talking to a live person via video link.

The technology behind digital avatars  is constantly evolving. For example, Hour One and Yepic create photo-realistic avatars that are copies of real actors.  . Soon any business will be able to use such self-service platforms to rent an avatar or make their own and generate unlimited amounts of video without shooting a single frame.

Another startup, Alta Voce, has developed technology that adjusts the intonation of support service voice messages in real time, making them “more alive.”

Today, AI projects are actively being developed thanks to entrepreneurs around the world spearheading products which can be used in daily lives and the support of venture capital investors, who are confidently investing in the future of media. However, despite the brightest prospects of these technologies, entrepreneurs, investors, and politicians are well aware that irresponsible use of such technologies can lead to serious negative consequences.

Increasingly, we see examples of high quality video fakes. Just remember the video from Buzzfeed and comedian Jordan Peel, where Barack Obama swears, speaks unflatteringly about Donald Trump and says other things that he would never have said in real life. That video is not perfect, but technologies have taken a step forward and become much more accessible since 2018, when it was created. The same TikTok at the beginning of this year offered users a service with which you can change someone else’s face in any video to your own.

The ethical side of using AI video is becoming an increasingly acute problem today. The high likelihood that unscrupulous users will want to use neural networks to create fake video messages compels not only governments trying to control video services, but also the technology community to act. This saw Microsoft introduce a free tool to identify fake videos, and the company did so on the eve of the US presidential elections. This area is also being developed by startups, with one example being Cyabra. Through this development, and with due attention to ethical considerations, AI video will bring tremendous value to both businesses and consumers by making the creation of high-quality video content simple, easy and accessible, thereby opening up new possibilities for human creativity.