The UK’s Investment Association (IA) is in the process of asking regulators to undergo a “rebranding” of some of the London Stock Exchange’s (LSE) key requirements, Sky News reports.

In an effort to attract more multinational, fast-growing technology firms to float in London, the IA is submitting its recommendations to a review this week led by Lord Jonathan Hill. 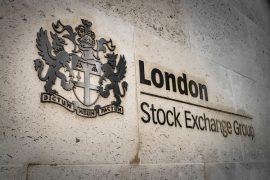 The idea is to remove any reputational disincentive for companies who want to use it.

Hill is the former EU financial services commissioner, and currently serves as the Treasury’s non-executive director.

What are the changes?

One of the proposed changes would see premium listings on the London stock market retain a “one-share, one-vote” structure. This would allow shareholders to maintain protections.

The idea is to remove any reputational disincentive for companies who want to use it.

Insiders tell Sky News that the IA will, in addition, demand any reduction in the 25% free float requirement for listed companies to 20%, move to the higher threshold over a three-year period.

Sky News sources say the suggestion will be based on more investments into digital technologies, which could spur the LSE to start looking for more partners.

And the IA wants to the LSE to encourage more special purpose acquisition companies (Spacs) to list in London.

The US enjoyed a boom in IPO listings in 2020. These included Airbnb, data analytics firm Palantir and food delivery service DoorDash. But the UK got off to a slower start.

But in August, Manchester-based consumer brands group The Hut Group announced it was listing on the LSE in September.

It has since seen some of the UK’s unicorns, including Darktrace, Deliveroo and TransferWise, draw up plans to go public.

This is why a source close to the IA’s submission told Sky News the body was arguing against measures to encourage dual-class share structures.

“We don’t believe that dual-class shares should be allowed anywhere near the premium segment of the London market,” says one contributor to the IA’s submission.

Lord Hill’s review will focus on these dual-class share structures, as well as on free float requirements.

As an extension of this, the IA also highlights that corporate governance standards in privately owned companies should be raised.

The City of London Corporation also highlighted this point last autumn. It said: “The goal should be to motivate equity listings in London, including within the tech sector where competition is particularly fierce, while maintaining high corporate governance standards.”