The playing field between banks and fintechs is far from even when it comes to open data.

That’s according to ING’s chief executive, Steven Van Rijswijk. He told an audience at Sibos that regulators need to offer banks an equivalent to the second Payments Services Directive (PSD2). 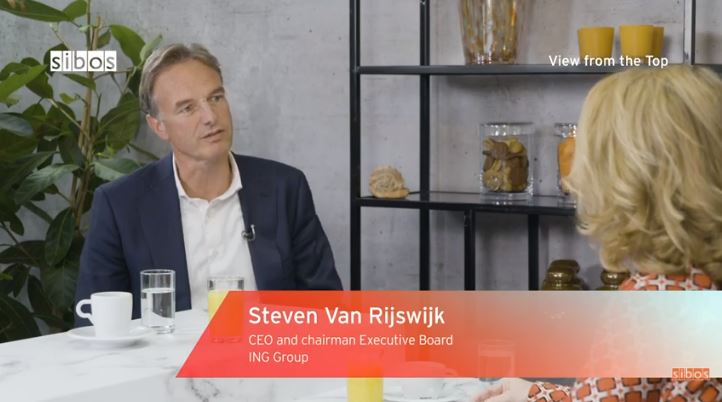 “We strongly advocate that there needs to be a level playing field,” says Van Rijswijk.

“You see with the new regulation, new platforms and open banking, that a number of competitors are entering this space.

“They get access to our customers’ data, and at the same point in time, they can use their own data as well which they get from customers.”

But for banks, PSD2 only works one-way at present. This is why Van Rijswijk is “strongly advocat[ing]” that regulators come up with an equivalent for banks. That way the data flow can go two ways.

“What we see with our interactions with regulators is that they have now come on to this,” Van Rijswijk adds.

What would a ‘bank version’ of PSD2 look like?

The phrase “bank version of PSD2” is a bit of a misnomer. The regulation’s very creation came from the feeling that banks had far too great a monopoly on European consumers’ financial data.

PSD2 was the key to democratising finance and creating more competition. Van Rijswijk says, “because it’s relatively new”, the take up of PSD2 – i.e. the rate of open banking adoption – “has not been too high as of yet”.

The UK recently hit two million open banking users among the big nine banks. In South Korea, ten times the number of people use open banking today, largely because the country has rolled out the technology via apps already widely used.

But in other parts of Europe – barring the Nordics – open banking is still in its embryonic stages.

Despite being in its infancy, it seems banks like ING are taking notice of how fintechs are capitalising on the regulation, and want a bigger slice of the pie.

The return of data back to banks will raise a number of questions. Particularly around the revenue model of fintechs, which relies heavily on how they digest bank customer data.

If banks then take this digested data, it would essentially see fintechs giving banks their products for free.

ING’s Van Rijswijk takes a dig at fintech’s revenue models, saying they look at “part-lucrative services, not all, but part”.

Whilst he admits some have been successful in this arena, he also points out that “many of them have not made it”.

“Banks have not been sitting still”

One of the reasons banks like ING want more data – namely fintechs’ aggregated data – is down to the risks which come with digitalisation.

With digitalising comes more complexity, says Van Rijswijk. “Which in turn equals risk, and we need data to manage these risks.” Van Rijswijk says ING put a great deal of risk reserves aside, like many banks, in the first half of this year due to COVID-19.

But whilst ING vies for more data, the CEO gives the audience at Sibos an insight into his approach – one which many in Europe have hailed as leading example of innovation.

Part of ING’s model sees it not only build and ring-fence its own innovation projects, but also partner with third-party platforms.

Ultimately, and unsurprisingly, ING’s CEO “strongly believe[S] the trust is with banks” over fintechs and neobanks.

With ING’s mobile users increasing by 26% in 2018, and 37% 2019, ING believes “that’s where the customer is”. Which points to no slow down on the bank’s front in taking on digital challengers.

Internally, ING has kept a clear strategy in all its innovation efforts.

“Innovation does not stand on its own, it needs to be part of a strategy focused on customers and employees,” says Van Rijswijk.