PayPal is currently weighing up acquisitions in the cryptocurrency space and is allegedly eying up bitcoin custodian BitGo.

News of the payment giant’s acquisition play, first reported by Bloomberg, follows the unveiling of its wallet feature which will soon allow US users to buy, sell and store a host of cryptocurrencies. 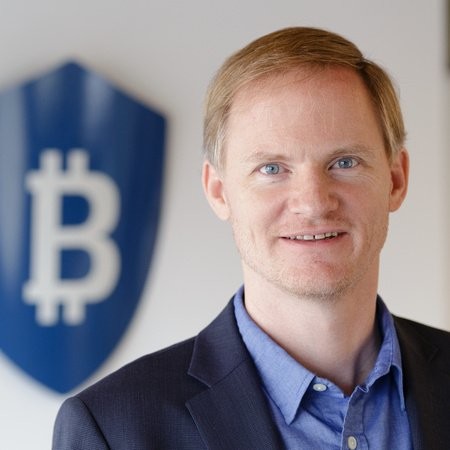 According to Bloomberg sources, PayPal has held talks with BitGo and “could reach a deal within weeks”.

But neither party has commented on the deal, meaning negotiations could still fall through, and that PayPal could still go with a different acquisition target.

BitGo had a valuation of around $170 million in 2018 following its $58.5 million raise, according to PitchBook.

Founded in 2013, Palo Alto-based BitGo is the product of chief executive Mike Belshe, a former Google and Microsoft software engineer.

The fintech provides signature-based transactions, as well as offline vaults for storing bitcoin via its digital wallets.

And as recently as August, the start-up applied to become a qualified cryptocurrency custodian in New York.

The application was spurred by regulatory developments which saw the Office of the Comptroller of the Currency (OCC) grant federally chartered banks to custody cryptocurrencies.

BitGo’s focus on multiple signatures for transactions saw the start-up dub itself as one of the first in the crypto space to focus on institutional investors.

Earlier this year, it unveiled BitGo Prime, an institutional-focused trading service. As well as a lending service, which had grown to $150 million by March.

Last week, PayPal told its US customers that they will soon be able to buy, sell and hold a selection of cryptocurrencies via its digital wallet.

The payments giant has partnered with Paxos Trust, a rival of BitGo, to deliver the service.

Come early 2021, the move will also see users able to spend cryptocurrency via their PayPal wallet at all 26 million merchants in the payment giant’s network.

Around the world, PayPal has roughly 346 million customers, according to Statista. In the US, PayPal accounts for around 14% of online payments, according to PaymentsJournal.

This licence will allow US users to purchase bitcoin, ethereum, bitcoin cash, and litecoin via the PayPal wallet.

But Danny Scott, CEO and co-founder of CoinCorner – a platform where UK and European consumers can buy bitcoin – thinks PayPal’s crypto functionality is still too limited.

“PayPal is currently only offering this service to the US and by the sounds of the functionality, it’s very basic. You can’t withdraw your bitcoin and use it elsewhere, or send your bitcoin from outside of PayPal into their system.”