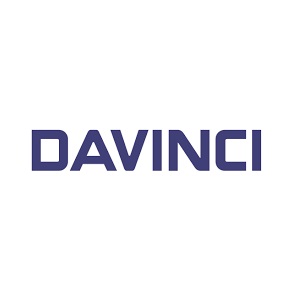 Davinci and Ohpen both operate on AWS

Ohpen signed the deal to address a market of banks’ IT spend it claims is worth $300 billion. Davinci is also a first step in an “international expansion”.

The vendor says it is unique in offering products for savings, investments, loans, mortgages, and current accounts.

Davinci provides mortgages and loan software with “machine learning and artificial intelligence capabilities”. The firm claims it can create cost savings of up to 80%. Both Ohpen and Davinci operate on cloud service provided by Amazon Web Services (AWS).

“This is the natural next step on our shared journey to deliver the complete core banking offering of the future,” says Alwin van Dijk, director at Davinci.

“We are the only two players with a real focus on back and middle office innovation for new and existing propositions.”

As for Ohpen’s international expansion, scaling up in the Netherlands, the UK and Belgium is Ohpen’s priority.

Matthijs Aler, CEO at Ohpen, tells FinTech Futures his firm was excited to find a “brilliant fit” on its doorstep in Amsterdam.

“Both the Davinci and Ohpen platform will soon be combined,” he adds. All separate modules will be connected and the Davinci name will “gradually be phased out.”

“The acquisition will therefore boost Ohpen’s tech clout and capability but also provide support to clients in the mortgages and loans space for the first time.”

Aler tells FinTech Futures that Ohpen has a four-step plan for the next two years. The first two revolve around building out the integrated core with Davinci and expanding in the UK and Belgium.

The next two are an expanded microservices platform and launches in new markets. Targeted countries include Germany, Spain, Australia, Canada, and the US.

Ohpen works with both incumbent and challenger banks. It started out eleven years ago focusing on savings solutions and working with more traditional players. It has since pivoted to serve clients looking to focus on current accounts.

The vendor provides software for a range of client including  LeasePlan Bank, Aegon, and De Volksbank.

Related: Breaking down challenges for challenger banks with Ohpen