WorldRemit announced it has agreed to acquire remittance company Sendwave for an undisclosed sum in cash and stock. 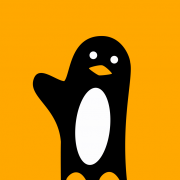 Boston-based Sendwave has remittance ops in Africa and Bangladesh

Sendwave operates a digital remittance service to East and West Africa, as well as a new presence in Bangladesh.

The deal is an expansion of WorldRemit’s services via Sendwave’s low-fee East and West African remittance options.

Sendwave, based in Boston, launched in 2014. The firm says its platform makes sending money as easy as sending a text message.

“Our users send money so their loved ones can pay for necessities like utilities, healthcare and school fees,” says Will Fogel, CEO of Sendwave.

“We’re eager to combine WorldRemit’s wide reach with our recipe for success in areas like Kenya, Ghana, and Nigeria.”

WorldRemit is one of several firms plying their trade in the remittance market, which sees around $500 billion in transaction values a year.

It’s not the only firm in an acquisitive mood, either, as rumours swirled in June that Western Union is seeking to snap up smaller rival MoneyGram.

Yet global remittances could take a hit in the wake of the coronavirus pandemic. World Bank data predicts a decline of around 20% in 2020.

The projected fall, which would be the sharpest decline in recent history, is largely due to a fall in the wages and employment of migrant workers.