ROSCA: Is there a potential for entering developed markets?

The fintech industry has been booming for the last decade and became sought after by venture capital and private equity firms: almost 2,000 deals worth $35 billion occurred in 2019 alone, according to the State of Fintech report by CBI Insights.

Millions of users have proven eager to exploit new products, switching from their hundred-year-old banks to fancy new startups that provide impressive new services, vastly improved customer service and glossy payment cards to its customers. However, while some fintechs flip conventional business models and fight hard for customer attention, others go back to their roots and remold informal finance products to make tried and true services better by removing pain points and taking full advantage of digital transformation. 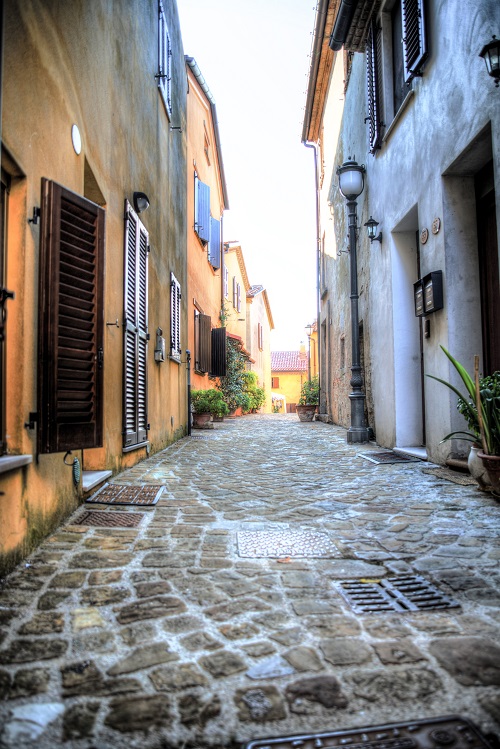 ROSCAs perfectly match the needs of rural households thanks to its simplicity and informal understanding among members of the community.

All for one, one for all

A lack of formal financial institutions has never been a hurdle in rural communities. Moreover, rural households typically have multiple sources of credit, starting from loans from friends and relatives (which are typically made reciprocally and hence do not bear any interest charges), and ending with informal moneylenders that substitute the functions of financial institutions. A ROSCA, short for Rotating Savings and Credit Association, and credit cooperatives, are right in the middle. While a credit cooperative is a more formal institution with a degree of legal status, ROSCAs perfectly match the needs of rural households thanks to its simplicity and informal understanding among members of the community.

The ROSCA concept is well-known across the world (called committee in India, djanggis in Cameroon, and susus in South Africa) and allows members to expedite the acquisition of pre-determined durable goods. In fact, almost every member of a ROSCA will be doing better off with a ROSCA than without.

But how exactly does it work? Assume that you can save $100 each month, but want to buy a motorcycle (which, for instance, is in much need in Indian rural communities) that costs $1,000. This means that you will be able to buy it in 10 months. But if 10 people have the same goal, their goals can be achieved faster in 90% of cases. Each month, each member contributes $100 to the pot. One person is chosen randomly who receives $1,000 in the first month. Another person is chosen randomly in the second month and so on. 9 out of 10 will receive $1,000 faster and will keep contributing $100 each month to the community as they would do with no ROSCA.

ROSCA serves as both a saving and credit instrument, and has several advantages that make it popular:

ROSCA also serves as a great instrument to save money due to the absence of formal savings institutions in rural communities. As long as ROSCA members are acquainted, credit risk is not an issue: members can enforce sanctions (social and economic), which may be significant, on those who stop contributing to the pot.

While original ROSCAs have been used by the members of one community, the concept has evolved into ROSCA 2.0. Here, the main difference is that people do not have to know each other, and each second-gen ROSCA is administered by a trusted third party. ROSCA 2.0 has apparently become prominent in Brazil, where more than seven million people use them. Consorcios, as they are  called there, are administered by financial institutions, which typically cross-sell existing customers and market the product as a means to obtain a new car or motorcycle faster. A potential default from a member who received a payment jeopardizes the operations of the whole circle.

Such an event immediately triggers repossession of the received good and its subsequent resale. Any difference in recovered value and outstanding payment balance is treated as a past-due outstanding loan. Although the credit risk is borne by members of the circle, the administrator does his or her best to develop a work-out plan for the defaulted participant and advance the litigation process in the worst-case scenario. Truth be told, ROSCA is not the best option for fraud. Assuming one joins the nine-member circle, on average he or she will be fifth in the line to receive a good. It means one makes five contributions before he or she receives the desired good.

ROSCAs in the digital era

The Brazilian example clearly demonstrates that a ROSCA is a viable financing solution that may be spread throughout the world. In fact, a few start-ups have already doubled down on this opportunity and have created an app-first solution for millennials (let’s call it a third generation ROSCA or ROSCA 3.0). Monetisation is typically based on two revenue streams:

As an example, StepLadder, a UK-based early-stage project, has digitized ROSCAs and made them safe and simple. Focusing on first-time home buyers, StepLadder helps to solve a major social problem in the UK. According to the Shelter report, 2.8m British citizens admit they are delaying starting a family because of a lack of affordable housing. As such, the start-up has a great opportunity for scaling and developing the business before entering other segments. Using open banking opportunities and traditional credit bureaus, StepLadder does credit assessment and assigns a user to a suitable circle. Egyptian startup MoneyFellows with operations in the UK and the Middle East facilitates the broader needs of its customers allowing financing of a wide range of durable goods and the ability to enter multiple circles. The company serves some 150,000 customers and just secured $4m financing from several VCs in order to boost its growth and expand its presence into African countries.

The mentioned structure – despite its visible simplicity – can work well for millennials and enable them to reach goals faster while improving their financial wellbeing. A consumption-driven society requires a long-needed solution that will restrict people from buying things they do not need. Goal-based PFM apps along with neobanks across the board do their best to motivate people to spend less and save more. Smart savings algorithms, rule-based money transfers, and other bells and whistles are not able to drastically change consumer behavior: funds are still accessible by users who use them for unnecessary spending. Research has shown forced savings, which is a case with ROSCAs, restricts one from wasteful purchases and hence triples the success rate.

Moreover, the squeeze of the credit market and a significant decline in loan approvals will force consumers to seek other options for credit. Third-generation ROSCA is just at the beginning of its journey and has all that it takes to gain consumer attention and be a widely known credit solution in developed markets. People across Europe and the US are barely familiar with the concept, but chances are things will change soon.

In a world of constant evolution, improvement and change, even during the COVID-19 pandemic, financial stability is a welcome phenomenon in a changed world. Expect to see plenty more on ROSCA in the days, months and years ahead.