Employees of the financial supervisory authority in Germany, BaFin, increasingly traded with Wirecard shares in the months before the paytech’s bankruptcy.

In the first half of 2020, 2.4% of all reported private financial transactions by BaFin employees were transactions with Wirecard shares or share derivatives, according to Reuters on 13 August. 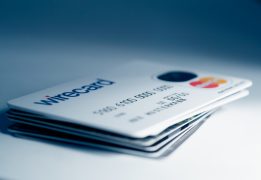 In H1 2020, 2.4% of all reported private financial transactions by BaFin employees were transactions with Wirecard shares.

The report comes after answers were provided by the Federal Ministry of Finance to a catalogue of questions from the Green Part in Germany’s parliament.

BaFin explained the increase in trade in Wirecard papers with the higher fluctuations in the share price due to media reports and ad hoc reports from the company, according to the Federal Ministry of Finance’s answer.

The increased Wirecard share transactions of the BaFin employees are compared to other Dax values, in which the volatility has increased, “not unusual or not conspicuous”.

According to the Ministry of Finance, around 20% of BaFin employees reported private financial transactions in 2019 and the first half of 2020.

They were all approved by the line managers. This confirmed that there was no knowledge of inside information for private financial transactions.

In the first half of 2020, 58%t of the company’s equity derivative transactions were acquisitions and 42% were disposals.

The extent to which BaFin employees have bet on price losses through short sales cannot be determined. No information is available on this, according to Germany’s Manager Magazin.

The authority had prohibited the short sales of Wirecard shares from February to April 2019.

Wirecard will be out of the Dax stock exchange in August, after only serving two years since its listing in September 2018. The shares, once quoted at almost €200, fell by 11% on 13 August to €1.43.

The Green Party accuse the federal government of delaying the clarification of the billions in the Wirecard balance sheet scandal.

“89 questions, but hardly any new findings,” says the party’s financial policy spokeswoman, Lisa Paus, on 13 August. “Because the answers are often succinct or are kept secret.”

“The special meeting of the finance committee at the end of August must bring more transparency. But if 100% clarification is only possible through a committee of inquiry, then this becomes inevitable.”

Finance Minister, Olaf Scholz (SPD), and BaFin are under criticism for the Wirecard scandal.