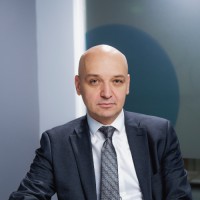 Lees will report to Metro Bank CEO Daniel Frumkin. Andrew Shiels, interim CRO, will continue in his role until Lees is in place in early 2021.

Lees joins Metro Bank from the Co-operative Bank, where he also held the role of chief risk officer. He joined his current employer back in May 2016 as a credit risk director.

Lees has also worked at Lloyds Banking Group, HBOS, and Bank of America.

“Richard’s deep experience in retail financial services will be invaluable as we deliver on our revised strategy set out in February,” says Frumkin.

“Investment in our risk infrastructure is a really important part of the strategy, to ultimately make life easier for our customers and colleagues, and help us deliver on our ambition to become the UK’s best community bank.”

Lees adds that Metro Bank has “proven itself” as a challenger bank committed to “something different”.

Lees’s appointment arrives amid number of changes made to the Bank’s executive committee. He arrives alongside Martin Boyle, who has joined the bank as chief transformation officer and Carol Frost, starting in August as chief people officer.