Meet OneBanks: the fintech picking up after banks’ branch closures

More than a third of UK bank branches have closed in the last five years. Between January 2015 and August 2019, 3,303 branches shut.

In February this year, Lloyds announced that it was shutting some 56 branches by October. This adds to the 655 branches Lloyds alone has closed since 2010.

The same month, Metro Bank slashed two thirds of its planned new branch openings. Since March, the coronavirus lockdown has sped up many other UK banks’ decisions to close yet more branches.

But there is one fintech looking to support individuals and banks alike off the back of these closures. 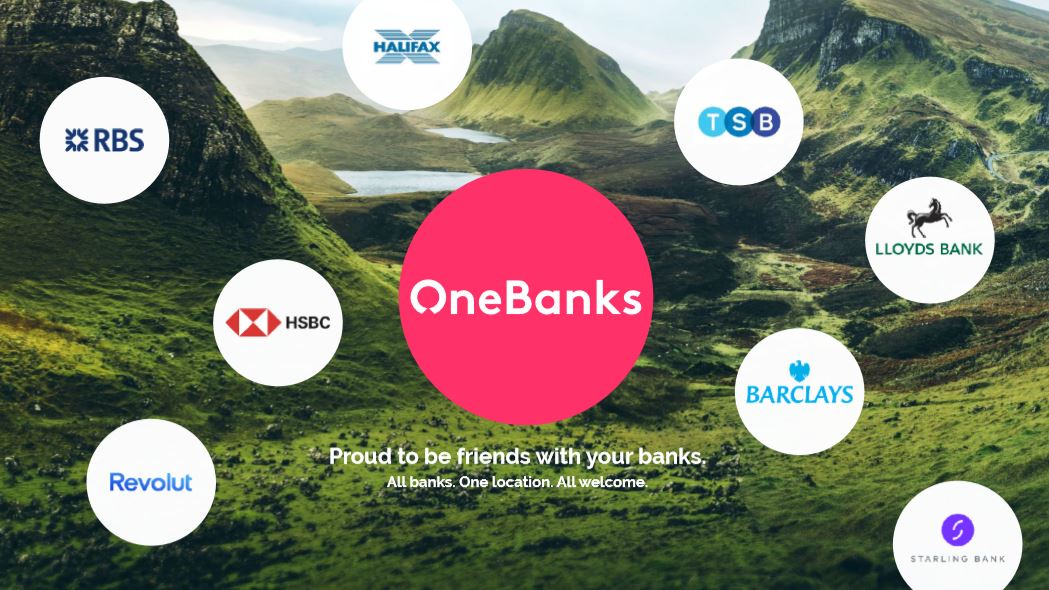 Glaswegian start-up, OneBanks, recognises that some 9-12 million people simply won’t be ready for a branchless, cashless society when it inevitably arrives. These figures are reinforced by the 2019 Access to Cash Review.

The start-up intends to set up bank-agnostic kiosks in convenient locations such as supermarkets. They will act as branches for every UK bank. Consumers will also be able to download an app, through which they can bank with their chosen provider.

“Open banking underpins the solution,” founder and CEO, Duncan Cockburn, tells FinTech Futures. “But it’s about making it accessible to everybody.”

Cockburn, a former KPMG accountant, founded the start-up on the premise that open banking is only serving the tech-savvy portion of the UK’s population. Whilst vulnerable customers – which he says “is such a broad term” – are being left behind.

“The only alternative is the Post Office, which has been mandated and is becoming more expensive,” says Cockburn. “It’s held up as the only solution, but we want to provide an alternative solution.”

As a payment institute, OneBanks will be far more desirable option for banks. This is because, unlike the Post Office, it can onboard customers itself.

The platform has its own anti-money laundering (AML) and know your customer (KYC) systems. “Banks are more receptive to this,” says Cockburn.

The start-up has selected Denny, a small town in Falkirk, Scotland, as its first kiosk destination. Five years ago, the town had four banks. Now it has none. 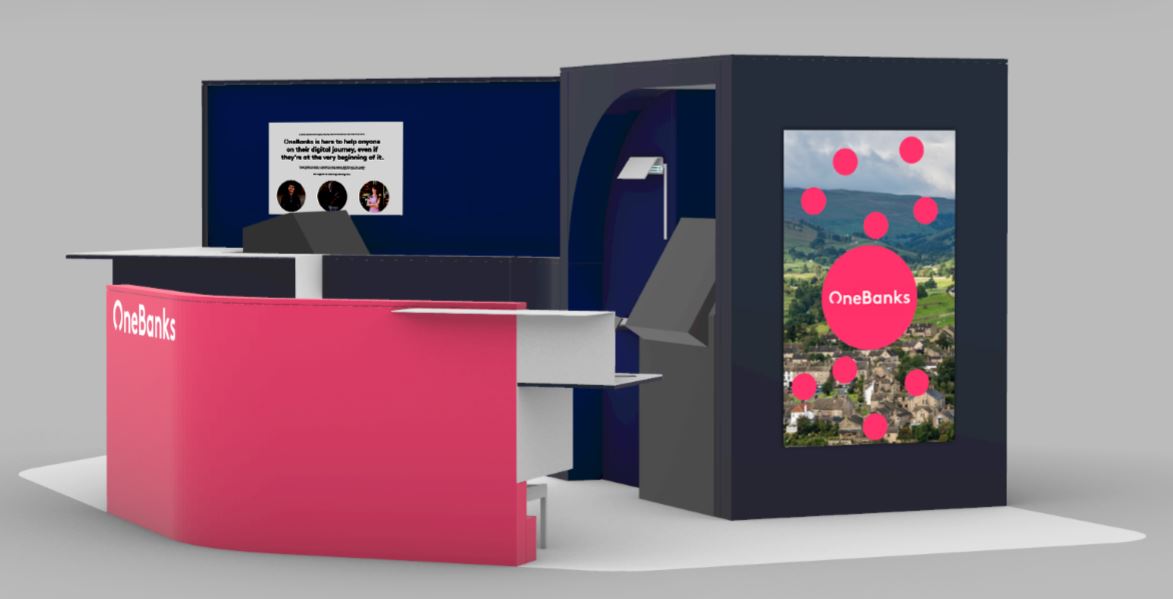 The kiosk was built with guidance Disability Equality Scotland to ensure it’s inclusive for all types of consumers, including vulnerable ones.

Its layout is divided into three ‘journeys’. The first allows customers to sit and get signed up to online banking, OneBanks and learn how to use the service.

The second is based on over the counter interactions, helping with services such as cash deposits, withdrawals, payments and transfers.

The third is a self-service ATM, primarily designed for businesses. Using OneBanks’ app, users can scan a QR code and immediately load their profile onto the screen ready to transact.

Two members of staff will run the kiosk. Its accessibility will align with the supermarket’s opening hours, which are 7am-10pm.

This kiosk will go live towards the tail end of September.

Cockburn points out that until now, challenger banks such as Revolut and Tide have struggled to reach more rural-based businesses.

This is because many small and medium-sized enterprises (SMEs) are generally going to bank with firms they can deposit cash to nearby.

With digital challengers committed to a branchless footprint, these fintechs are missing out on thousands of potential customers right off the bat.

“We’re providing challengers with footholds in areas they previously couldn’t tap for businesses,” says Cockburn. “So, we’re bring more competition to the SME banking sector too.”

Chief operating officer, David Hensley, was a senior manager at Santander and was part of the March 2019 Access to Cash Review.

Also in OneBanks’ management team is the former M&C Saatchi creative boss who was an executive creative director at Geometry Global UK.

The team is looking to raise £1.5 million in capital from investors. Its business model will only charge the banks, and never the consumer.

“We’re providing a solution to banks and consumers simultaneously,” says Cockburn. “A lot of initiatives have been one or the other – but we’re both.”

The start-up’s technology infrastructure sits on Endava. It has also partnered with Nuapay to ensure regulatory compliance.