Lloyds Banking Group, Virgin Money, and insurance firm Direct Line have all announced job cuts this week, with more than 2,000 workers set to lose their jobs.

Lloyds has said that it will be cutting 780 full-time roles across its branch network, while Virgin Money has earmarked the closure of 52 branches and the loss of 500 jobs. 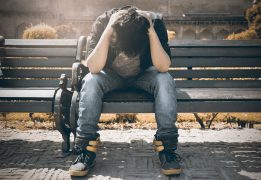 More than 2,000 workers are set to lose their jobs.

Lloyds posted a 26% dip in pre-tax profits following a surge in payouts to customers affected by the payment protection insurance (PPI) scandal. It paid more than £2.5 billion over the course of 2019.

António Horta-Osório, Lloyds chief executive and previously the UK’s highest-paid banking boss, took a 28% cut to his £6.5 million salary in the wake of profit drop.

In terms of its infrastructure, the banking group announced in January that it would be closing 56 branches throughout 2020, blaming “changing customer behaviours” at the time.

Lloyds Banking Group has closed around 655 branches since 2010.

Insurance group Direct Line has said that it will be removing around 7% of its workforce, and that a cross-section of the company would be affected. It too blamed “changing customer behaviour” in a statement given to the BBC.

“People are increasingly opting to interact with us digitally,” the spokesperson says. “We are therefore proposing a number of changes across the business which sadly mean the loss of jobs for some of our people.”

Virgin Money plans the closure of 52 branches across its network, with further job losses occurring at its central offices in Leeds and the North East of England.

In October 2019 Clydesdale and Yorkshire Banking Group (CYBG) kicked off its rebranding to Virgin Money after its $1.7 billion takeover of the latter in 2018.