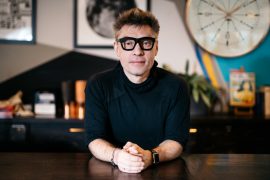 The winner of last year’s PayTech Awards for Best Corporate Payments Initiative, ANNA, has been busy onboarding customers and adding features to its platform for SMEs.

When ANNA co-founder, Eduard Panteleev, shows a pie chart of where the customers for its app, card and business account have come from to date by sector, it is a multi-segmented rainbow of colours. While expecting to have uptake from the design and other creative sectors, the reality has been diverse. They range from builders, decorators and plumbers to dog walkers, beauty/wellness and healthcare to logistics companies and software developers.

Just over half have been in business for less than a year, 39 percent are sole traders and around half have only ANNA as their business account. After starting in 2019 with a “friends and family” phase ahead of full launch in September, ANNA has now reached over 15,000 customers and annualised revenue of over £500,000, from a mix of fees and interchange charges (the service is free to set up, followed by usage-based charges).

That customer base currently generates an average of 15 card transactions per month, valued at £705, and eleven payments per month, with a total average monthly value of £5,222. In fact, says Panteleev, those stats are probably somewhat misleading because the customers tend to start slowly, testing the facilities. As such, with half the customers only on board for half a year or less, the expectation is that the number and value of transactions will increase.

Onboarding starts with downloading the ANNA app, uploading driving licence or passport to verify ID, and a few questions about the business. It claims it takes three minutes to open an account and three working days to receive an ANNA Mastercard.

Panteleev is one of the two co-founders, alongside fellow Russian, Boris Dyakonov. The latter co-founded Bank24 in Russia and then, with Panteleev, launched hybrid banking/digital assistant, Knopka (which translates from Russian as “button”), followed by SME-focused digital bank, Tochka. Panteleev believes Tochka was probably the world’s first digital bank for SMEs when it was launched in 2015 and is the largest and fastest growing, with 200,000+ active corporate customers.

Panteleev and Dyakonov remain shareholders in Tochka but stepped back from operational roles. They decided to relocate to the UK and launch a “new, more sophisticated version in the same space, using the insights and knowledge we’d gained”. 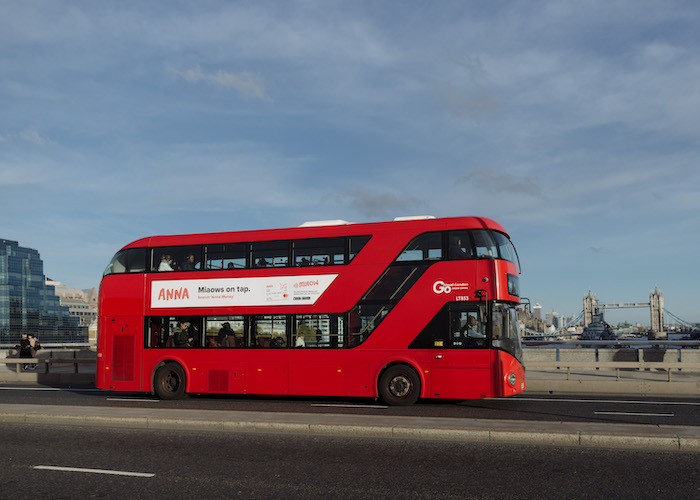 While their analysis was done just ahead of Brexit, which caused some uncertainty, they decided it would not unduly affect their plans. The customers they were seeking to serve are small and local. This sector of 5.7 million companies contributes around 50-60% of the UK’s GDP. Whatever happened in terms of EU ties, the trade regime and regulatory framework, those companies would still be there, says Panteleev.

“The customers like the ease and convenience of the services, they say to us that it is like having an assistant in their pocket,” says Panteleev. The team looks at usage, what stops people using the service and “tries to be guided by the facts, we try to be humble”. It has added plenty of new functions, such as photograph-based receipt capture and storage; direct debit set-up; real-time VAT calculations; and a QR Code facility for small, regular payments.

It plans to decouple invoicing from the business account, so that people can start using this, for free, without opening an account (ANNA creates, sends and chases invoices). Other areas of focus for new functionality cited by Panteleev include quotes, international payments, cash-in facilities, and expense management. The other major area will be tax (VAT, self-assessments and so on) – “this will be our next milestone in terms of product development”.

The platform is developed by ANNA’s small but growing team, with a range of partners, for areas such as KYC and Open Banking. It is outperforming its peers, claims Panteleev, and in terms of its numbers, revenues and transactions, it is certainly more transparent than some. And there is undoubtedly a big market for the start-up to go after in the UK if it can continue to deliver what ANNA stands for – Absolutely No Nonsense Admin.