Kaspi.kz, the ecommerce banking app which holds a 65% market share of digital payments in Kazakhstan, is expanding its offering into neighbouring commonwealth independent states (CIS) – starting with Azerbaijan.

Describing Kaspi as a mix between Alibaba’s ecommerce offering, Ant Financial’s payments platforms, and WeChat’s social peer-to-peer (P2P) payments platform, managing director David Ferguson tells FinTech Futures that the fintech has been able to build scale “in a region which has gone under the radar”. 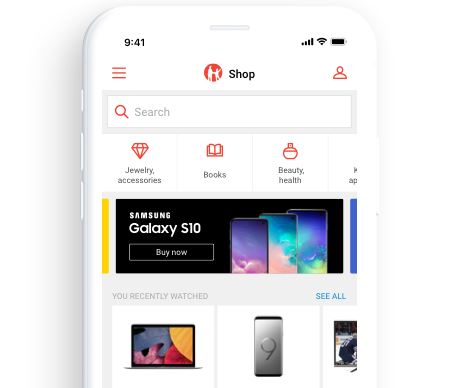 “If you can take this mobile ecosystem and be one of the first, you can create a very valuable business whilst everyone else chases India and Brazil,” says Ferguson.

Having already launched its marketplace in Azerbaijan, the fintech is now considering the launch of its payment services in the region, before finally rolling out its lending capabilities. Azerbaijan has a population of 9.98 million, whilst Kazakhstan houses a larger 18.28 million people.

Eventually, the fintech will expand into other markets – currently it is also considering Uzbekistan, which has a population of 33 million.

Kaspi, which is 4% owned by Goldman Sachs, serves eight million users in its home market. The initial hook was payments, allowing users to pay P2P to both friends and small businesses, pay bills, and send gift payments. But overtime, the app has fleshed out its offering, morphing into the ‘super app’ term many fintechs across the world aspire to be.

It lets users log onto their tax accounts through the app, plug in meter readings for bills, and purchase items – be that household appliances or loans – through its marketplace, with the option of paying in instalments like Klarna except without the interest.

“Things like direct debits don’t exist in Kazakhstan,” says Ferguson. “What is happening in Kazakstan is exactly what happened in China,” he adds, highlighting the shift from cash to digital that has seen digital payments reach 30% of transactions – up from around 10% in just over two years.

Whilst payments have not made the company the most money, they have helped drive Kaspi’s user base growth. These users are tapping its more lucrative services, like its buy now, pay later financing which it offers alongside its marketplace.

“We’re taking the country from traditional to online commerce,” says Ferguson, who also notes Kaspi has a 32% market share in consumer lending, and is number one by growth in the country’s savings sector.

Logistically, Kazakhstan should be a very hard country to do ecommerce well in. Its land mass – 2.725 million square kilometres – is huge when you consider its population size. So getting scale should be hard, but since Kaspi launched its ecommerce offering in 2014, it has acquired more than 40% of the overall population as users.

Kaspi was founded by Mikhail Lomtadze, who previously built Georgia’s first professional auditing company, which he then sold to Ernst and Young (EY). Ferguson was brought on board at the beginning of this year to help Kaspi navigate its initial public offering (IPO) in London, which has been postponed twice in the last year following WeWork’s failed IPO in October, and the coronavirus pandemic. “We’re speaking to private equity investors, and looking to launch an IPO over the next 12 months,” says the Ferguson.

Whilst Goldman Sachs is just a small shareholder in Kaspi, Baring Vostok – one of Russia’s largest private equity investors – owns a larger 35%. Co-founders Lomtadze and Kazak retail entrepreneur Vachislav Kim own the remaining 29% and 32% respectively.

Read next: DIFC dips into $100m fund to invest in four start-ups