Silicon Valley Bank (SVB) has announced the appointment of its new chief operating officer (COO) for the UK and EMEA.

Patrick Flynn, who previously served as COO at Santander’s corporate and investment bank for four years, will lead SVB’s operations, client service, technology and vendor management in the UK and across Europe. 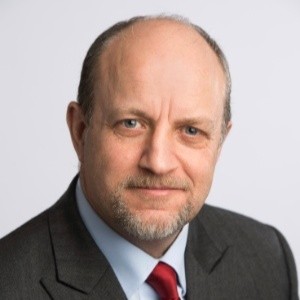 SVB’s new COO for the UK and EMEA, Patrick Flynn

Prior to Santander, Flynn spent six years at Barclays as COO of its capital arm. Before his time at Barclays, he spent nearly 10 years at Lehman Brothers, finishing his tenure at the investment banking firm as a senior vice president and chief analyst officer.

“Patrick has an incredible wealth of experience across the banking industry in managing operations at the highest level,” says head of EMEA and president of SVB’s UK branch, Erin Platts – Flynn’s future boss.

“We are pleased he has chosen SVB for the next stage of his career, particularly at a time when we are very much open for business, scaling fast and investing our people, platform and market presence to support our clients.”

Flynn, who started off his career in the British Army as an aircraft engineering officer, will be tasked with executing SVB’s day-to-day strategy and streamlining its operations.

Despite the dwindling economic downturn, SVB’s outlook during the coronavirus crisis has remained calm and forward-looking.

In its State of the Markets report for the second fiscal quarter of 2020, analysts acknowledged that the global economy has “rapidly deteriorated” and that loss-making companies with limited runway may not survive. But it also pointed out “two reassuring caveats”.

“First, the venture capital ecosystem has weathered recessions before, and tech tends to enjoy a strong relative performance during the recovery. This will be especially true in many segments with direct relevance to the pandemic, such as remote collaboration software and healthtech.

“Second, many of the trends that seem to be emerging predate it. Examples here include the decline of growth-at-all-costs and supply chain shifts.”

The bank also pointed out silver linings in the report such as the lower cost of opportunities, and an “ample supply of talented workers” due to high unemployment.

Read next: Jack Ma resigns from SoftBank Group’s board of directors