ECB hands banks €851m in first round of PELTRO funding

The European Central Bank (ECB) issued €851 million to euro-area banks in the first round of a new liquidity program launched last month, according to a statement. 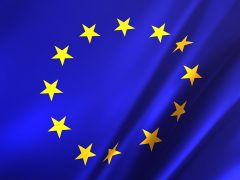 This is the first of ECB’s “pandemic emergency longer-term refinancing operations” plan.

The allotments with a 16-month maturity were made on 20 May under the ECB’s so-called “pandemic emergency longer-term refinancing operations” plan, or PELTRO. The facility mainly targets smaller banks and those who aren’t eligible for a separate program with targeted lending criteria.

PELTRO loans are subject to an interest rate that will be 25 basis points below the ECB’s main refinancing rate, which is currently at zero. That means banks taking them can make a profit. The program was launched last month amid a rapidly deteriorating outlook for the euro-area economy.

A separate program known as targeted longer-term refinancing operations offers banks even more generous terms in return for providing credit to the real economy, though the next allotment under that facility doesn’t take place until June. The relatively low take-up of PELTROs suggests banks are waiting for those loans to become available, according to Danske Bank chief strategist Piet Christiansen.