In the digital age, privacy and security have become key concerns for consumers. As a result, multiple industries now face the challenge of delivering more robust authentication solutions. This is particularly true for fintech and financial services. 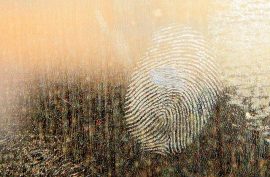 56% of consumers would prefer to use a biometric sensor on their payment card instead of a PIN.

With the ability to simplify the consumer experience and improve on the security of PINs and passwords, biometrics offer a compelling solution to the authentication conundrum. Already the norm in smartphones, with over 75% of newly released mobile devices featuring biometrics (according to security firm Duo), could now be the time for biometrics to unify authentication across mobile payments, banking and card transactions?

For example, a new study by Fingerprints found that 56% of consumers would prefer to use a biometric sensor on their payment card instead of a PIN, signaling a market appetite for embedding biometric solutions into the payment process. But what is causing this market appetite? What do consumers really think and, crucially, could 2020 be the year we see this appetite translated into commercial action?

A lot has happened in the last couple of years to pique consumers’ interest in biometrics for payments. Importantly, biometrics have successfully reached mass-market adoption in mobile, with 65% of consumers now using biometric authentication on mobile devices. This has helped to not just familiarise consumers with biometrics but encouraged them to actually favor biometrics. A solid foundation for its introduction into other consumer-facing industries.

From a payments perspective, there are various factors and consumer attitudes that have helped to drive readiness for biometrics in payments.

Fear of fraud is one of the key driving forces behind the demand for biometrics in payments – and it’s on the rise. 58% of consumers now worry about digital payment security, compared to just 38% of consumers in 2017. These fears are prevalent in a variety of settings too, with concerns varying from card skimming (55%) to ‘shoulder surfing’ – someone looking over consumers’ shoulders to see the PIN (52%).

With biometrics, consumers can benefit from a stronger layer of protection and mitigate many of the worries of payments fraud.

While the introduction of PIN and password authentication has helped drive down some fraud, they’ve inadvertently created a new problem…

66% of consumers now feel that there are too many PINs and passwords to remember and worry about forgetting them. As a result, 41% use the same PIN or password across several services and apps. Not only are consumers frustrated, then, but the poor UX of PINs and passwords is also limiting their success as a security measure.

It is easy to see how biometrics can bring an end to this password overload. One fingerprint is enough to secure all payment cards, banking apps and digital payments, eliminating the need to create and remember a plethora of passwords and PINs.

Cards are already the most common payment method in many countries, with the convenient UX of contactless becoming a key driver, especially in Europe. Our research showed that when consumers have ‘tap’ payments available, they use them: 79% of consumers with a contactless-enabled card were using it at least once a week. With this in mind, it’s unsurprising that over half of issuers (57%) put delivering contactless payments at the top of their agenda. More card payments + happier customers = increased loyalty and revenues for banks.

However, following the introduction of SCA mandates in Europe, consumers will now find every fifth contactless transaction rejected to force an authentication (e.g. PIN input). Together with other contactless security measures, such as country-imposed contactless payment caps, there’s increasing confusion and frustration at the point of sale that could see contactless adoption plateau.

If a convenient UX is threatened, so too will sale conversion and throughput rates for banks and retailers alike…

By adding fingerprint authentication to the ‘tap’, consumers can benefit from greater security without harming the user experience of contactless or slowing throughput time for merchants. A perfect answer to consumers’, banks’ and merchants’ contactless requirements.

One UX to rule them all! 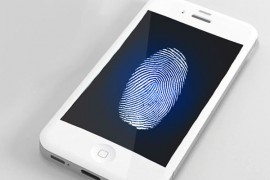 2020 will be the year biometrics in payments steps up a gear.

The move away from cash seems universal, but, as multiple new ways to pay emerge, the resulting payment experience is far from common. This is a pertinent issue in many Asian markets, where a variety of mobile payment methods have taken off in parallel with EMV® chip card migration efforts. As a result, multiple PoS devices at one retailer cash desk is a common sight in markets such as China and India. Not only does this create headaches for retailers, but it’s exhausting consumers too – 66% of Chinese consumers stated they felt there were too many ways to pay!

The introduction of new payment form factors won’t stop, but biometrics does offer a means to bring some harmony and consolidation to the way we authenticate these payments. Whether on card, mobile, wearable, or another future payment option, biometrics can provide strong and seamless authentication solution to however we choose to pay.

2019 was a pivotal year for the next phase of strong authentication in payments and the next new payment form factor likely to reach mass-market – the biometric payment card – was a big part of that.

Global bank trials of the technology exceeded 20 last year, with major players such as Royal Bank of Scotland (RBS) and NatWest in the UK announcing their trials as part of a mission to scrap the £30 contactless payment cap. Alongside the world’s first volume order of fingerprint sensors for dual-interface payment cards placed by global digital security leader Thales, the end of the year saw Swiss Cornér Bank announce the first commercial launch of a biometric payment card, enabling users to make high-value contactless payments.

After a year of revving up the engines, 2020 will be the year biometrics in payments steps up a gear. Immense progress has been made in demonstrating biometric payment cards meet the testing and certification requirements of the payments industry. All our R&D sites are EMVCo accredited since October and November 2019 and, earlier this year, we were part of the first global network commercially certified biometric payment card with Thales. Following these successes, the path is clearing for more pilots to scale up to commercial launch, with banks such as Crédit Agricole in France already announcing plans to launch later this year after a successful trial.

Other biometric payment form factors are also set to increase in adoption in the coming years. Japan’s leading payment network, JCB, launched a new contactless payment device last year, which, in addition to contactless payments, can be used for other personal authentication applications, including event tickets or car-sharing programs. In addition, research from Juniper predicts that biometrics will enable $2.5tn worth of mobile payments by 2024, while Goode Intelligence has estimated that this year over 1.1 billion people will use biometrics for mobile financial services, such as payments, accessing banking apps or customer identify verification.

Biometrics has the potential to mitigate a number of the concerns and challenges facing the payments world today. Offering a consistent UX and high level of security, it’s exciting to witness the technology’s progress in harmonising global payments authentication. The technology is ready, the market is ready, and we can’t wait to see what happens next.