IBM has appointed former Bank of America chief technology officer Howard Boville as the new head of its cloud business. 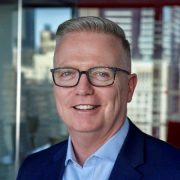 Boville steps into the place of Arvind Krishna, who takes over from chief executive Ginni Rometty.

He spent seven years at the major US bank as its CTO, where he led the design, construction and operation of its cloud-based services.

Prior to that, Howard spent 13 years at BT Global Services, leaving as managing director in 2012.

Bank of America is the main partner and collaborator in a new IBM public cloud, described by Big Blue as the “world’s first” financial-services ready form of the technology.

Boville’s appointment was announced by Krishna in a company-wide message, alongside the news that Paul Cormier would be taking up a role as the new CEO of Red Hat.