The European Central Bank (ECB) has warned banks to exercise “extreme moderation” in doling themselves out big bonuses this year, threatening to act against them if they do not.

“If we have to play this role, so be it,” the ECB’s supervisory board chair Andrea Enria told the Financial Times. 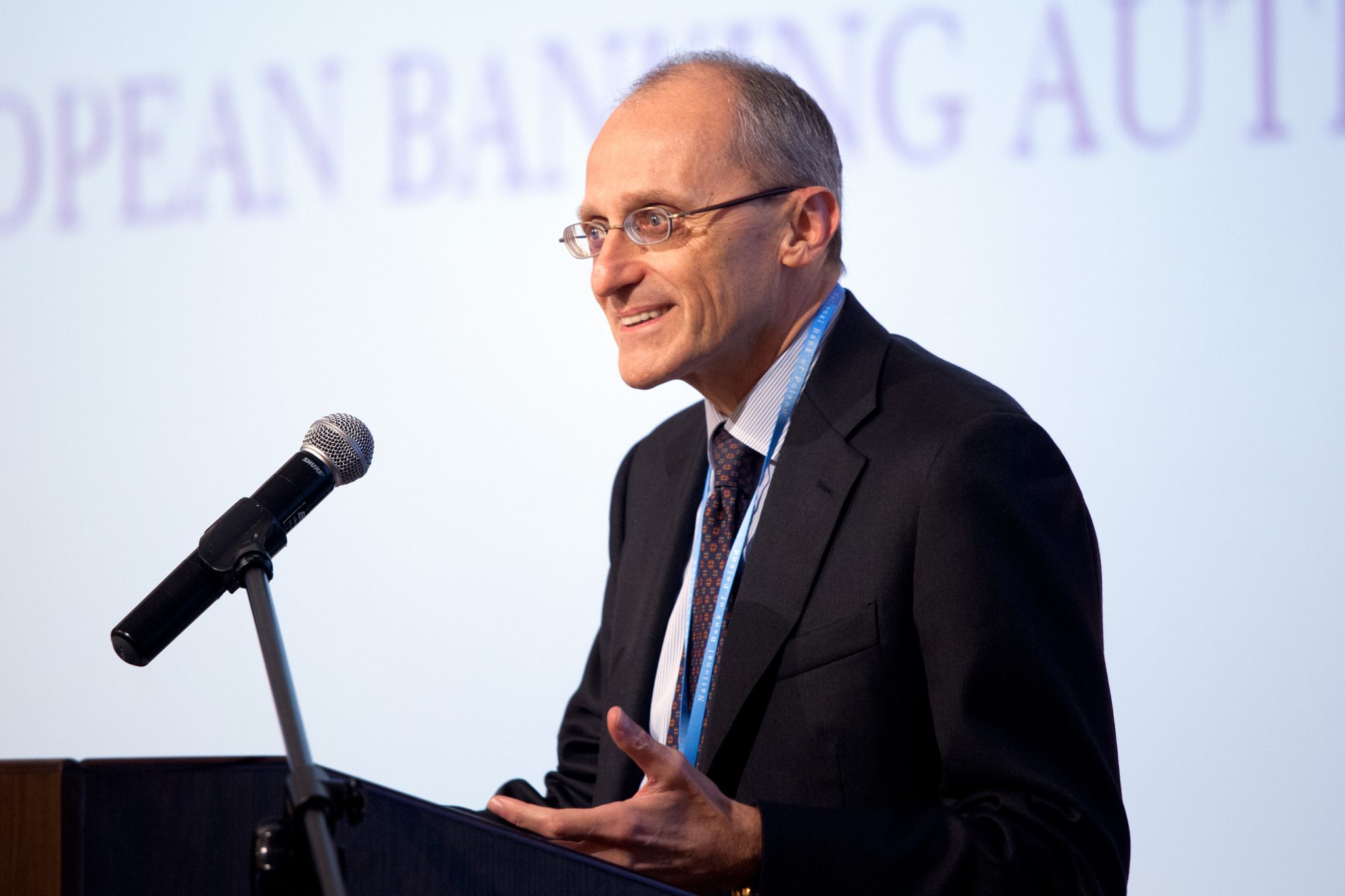 Andrea Enria: “Anything I say now, I risk saying something completely different a few months down the line”

“In the capital conservation mentality that we are trying to instil in banks, I think we will expect them to exercise extreme moderation on variable remuneration.”

The European Banking Authority (EBA) has also spoken out about bonuses. It said in a statement: “Remuneration and, in particular, its variable portion should be set at a conservative level.”

The Prudential Regulatory Authority (PRA) has also asked both banks and insurers not to pay their senior staff bonuses this year.

The latest warnings on bank payouts follow the ECB’s announcement on Friday, which ordered all 117 eurozone banks it oversees to freeze dividend payments and share buybacks until at least October.

In freezing payouts, the aim is that these banks will be able to preserve €30 billion in capital.

Collectively, these lenders were due to pay out roughly £8 billion in last year’s dividends. HSBC had the biggest payout of £3.4 billion.

Whilst some banks, namely UniCredit and Societe Generale, have already announced the halt of 2019 dividend payouts, Swiss banking giants UBS and Credit Suisse have both said they will continue to pay out dividends despite warnings from regulators.

With the coronavirus pandemic worsening, banking regulators are hyperaware of the need to push banks to keep lending to businesses and households.

“Capital is conserved and buffers are released to increase the firepower of banks to provide lending to households and businesses,” says Enria. “That is the main objective.”

Bonuses make up a large part of bankers’ annual pay packages. According to the EBA, more than 4,850 bank employees in Europe earned over €1 million in 2017, with roughly half of this figure made up of bonuses.

Despite the furore this will likely raise among banking circles, Enria says the ECB has “created a lot of space” and has shown itself to be “flexible and pragmatic”.

But he adds: “In such an extraordinary situation — anything I say now, I risk saying something completely different a few months down the line.”