With both financial services and technology traditionally male-dominated industries, it’s perhaps no wonder there is a problem with gender diversity in the fintech industry.

That being said, there are efforts being made to resolve the problem, and in January, Accenture announced that its 2020 FinTech Innovation Lab was to include 50% more female-led companies. 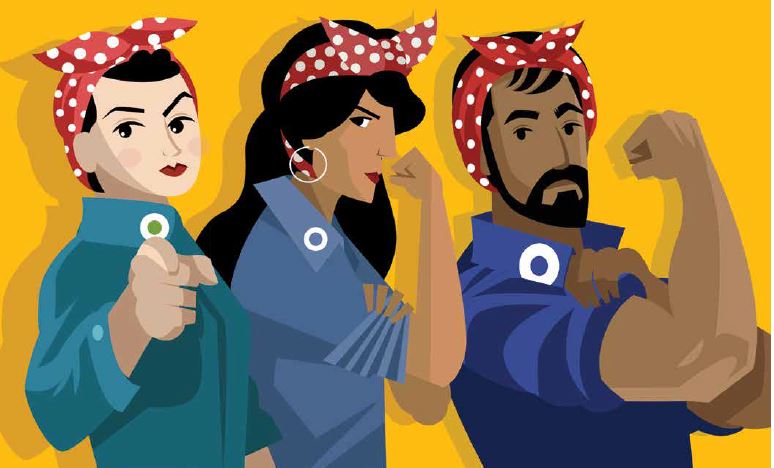 Understanding where the industry stands at present in terms of the gender gap is essential to trying to address it.

When applications for the programme opened in August 2019, female-founded companies were actively encouraged to apply, with Accenture sharing research analysis that showed that start-ups founded by women received an average of £2.6m in VC funding, compared with £5.5m received by male-led companies.

Where does the problem lie?

There may be a marked increase in the number of women working in the UK fintech industry compared with a decade ago, but how many of those women are company founders or leaders? This is one of the major challenges facing women in the industry that Caroline Hughes, CEO and co-founder of consumer fintech start-up Lifetise, sees.

“Where are all the senior women?” she asks. “For all its progressiveness, fintech looks remarkably like traditional financial services in terms of the lack of women in senior leadership positions. I can name most of the other women CEOs of other fintech companies, because there are so few of us relative to the overall industry.”

Lifetise is one of the 2019 FinTech Innovation Lab alumni, and Hughes believes these type of accelerators are particularly beneficial for female founders because of the way they provide access to a wider network of industry figures – mentors, potential investors and corporate partners.

“We had such a positive response from the big financial institutions for what we’ve built so far and what’s coming next,” she says. “We were able to build senior relationships with key players for white-label distribution: big companies that as a start-up might have taken us years to crack. So, it genuinely accelerated our progress.”

The second challenge that Hughes sees is something that isn’t necessarily unique to women in fintech, but faced by women in tech as a whole – accessing funding to scale. Having existing relationships within the investment world can be crucial in accessing that funding, and that’s where female founders historically struggle.

“It’s often talked about as a pipeline issue,” says Hughes. “Not enough women put themselves forward. I disagree. I think it’s a fault with the system that keeps the access to funding limited to certain groups of people who already have the key.”

Lifetise is currently raising its seed round from a mix of respected fintech angels and a crowdfund on Seedrs, in part thanks to the relationships Hughes has built over the past couple of years.

Valentina Kristensen is director of growth and communications at credit platform OakNorth and the first UK ambassador for ElevatHer, a networking app for women in banking and financial services.

She is also an advocate for closing the gender pay gap and strengthening the female talent pipeline in fintech, and in financial services as a whole. Mandatory gender pay gap reporting was first introduced as part of the Equality Act 2010, and came into force in 2017 with the first reports due in April 2018.

While it’s still early days in terms of seeing a transformation, Kristensen has seen a noticeable change since the introduction of the reporting – numerous initiatives that organisations have launched to address the gender gap. She cites mentorship schemes, training programmes and creating clear pipelines for female progression as just some of the valuable schemes to have started since the introduction of gender pay gap reporting.

“It’s also worth noting that, generally, most of the numbers have been improving in recent years,” she says. “For example, in 2018 women accounted for 18% of executive committees in the top 20 global financial services firms, up from only 13% in 2014.”

The future of women in fintech

“I don’t think setting quotas or signing charters is going to cut it,” she says. “I’m very fortunate to have always worked in organisations where I’ve felt valued and for people who have supported me and given me opportunities to progress.”

Hughes also sees the first wave of change happening. “I was named on Innovate Finance’s Women in Fintech Powerlist this year,” she says. “They have done a great job of highlighting women across all parts of the industry, from founders to investors, to those working in innovation roles in the larger corporates.”

This type of visibility for strong female players within fintech will surely encourage other women at all levels to strive to achieve similar success. However, as Hughes suggests, putting the onus on women to fix the problems isn’t necessarily the way forward. “I’d like to see more accelerators and more investors actively scouting for female-led fintech companies, like Accenture did,” she says.