Cybersecurity is at the forefront of the industry’s attention after a rise in data breaches, outages and cyber-security attacks in recent years. FinTech Futures has formed a list of some of the most topical IT outages and cyber-attacks witnessed this quarter. 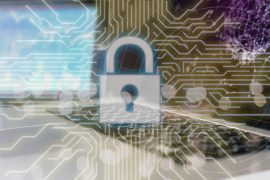 A list of some of the most topical IT outages and cyber-attacks witnessed this quarter.

Travelex took its website offline following a cyber-attack which struck the firm on New Year’s Eve. The ordeal lasted up to three weeks.

The currency exchange website, headquartered in London, first detected a problem on 31 December. It responded by shutting its systems down to prevent the virus from spreading. The foreign exchange firm was attacked by a cybercriminal group behind the Sodinokibi ransomware, also known as REvil, on New Year’s Eve 2019.

It responded by shutting its systems down to prevent the virus from spreading. The downtime adversely affected several major banks in the UK, including Barclays, Lloyds and Royal Bank of Scotland, as they all use Travelex to provide their foreign exchange and travel money services.

The new year got off to a bad start for Lloyds, Halifax and Bank of Scotland customers, who were unable to gain access to their accounts through the banks’ websites and mobile apps for almost eight hours because of an outage.

Customers took to social media apps from around 4am on New Year’s Day to rail against the outage, particularly because many direct debits are due on Thursday. One customer complained that Lloyds was “taking the ‘bank holiday’ a little too literally”.

All three banks, which are part of Lloyds Banking Group, tweeted to say the services were back to normal at around 1.30pm, after apologising to customers and saying they were working to fix the problems. The failure was not thought to be caused by a cyber-attack but rather down to an internal issue.

3) Robinhood outage locks users out of recovering US market

Robinhood, the $7.6 billion-valued stock trading app based in the US, was hit by a serious outage on one of the best days for US stocks since the financial crisis.

For nearly the entire day on 2 March, its 10 million users were unable to access their accounts and make trades. Meanwhile, the Dow Jones Industrial Average experienced a 1,294 point gain – its biggest point gain ever.

The start-up’s iOS, Android, and web apps were all down from Monday (2 March) morning until the close of trading in the afternoon according to its site status. Going down minutes after trading opened, the trading app swiftly acknowledged the issue at 9:30 Eastern Time (ET). At 11:30 ET the company said it was implementing a fix but customers were still affected by the outage at 16:00 pm.

Finastra, one of the world’s major core banking providers, has brought its servers back online after the firm became victim to a ransomware attack on 20 March.

“The Finastra IT security and risk teams actively detected, through our own monitoring, that a bad-actor was attempting to introduce malware into our network in what appears to have been a common ransomware attack,” chief operating officer, Tom Kilroy, said in a statement.

Greece’s four main banks – Alpha Bank, Piraeus Bank, Eurobank and the National Bank of Greece – were forced to cancel 15,000 credit and debit cards after payment card data used by some of their customers on a Greek tourist services portal was hacked in January.

The banks issued a joint statement admitting that “a few dozen” customers had been charged with transactions they never made but decided to gradually cancel and replace all 15,000 cards which had been used on the tourist service, even if it was just once.