Finastra, one of the world’s major core banking providers, has brought its servers back online after the firm became victim to a ransomware attack at the end of last week.

The software provider, which boasts a revenue of $1.9 billion annually and works with the likes of BNP Paribas and Australia’s Commonwealth Bank, detected the breach on Friday.

“The Finastra IT security and risk teams actively detected, through our own monitoring, that a bad-actor was attempting to introduce malware into our network in what appears to have been a common ransomware attack,” chief operating officer, Tom Kilroy, said in a statement. 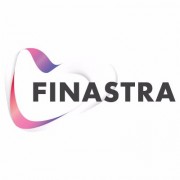 “We do not believe that any customer or employee data was accessed,” says Kilroy

“We made the decision that it was necessary to voluntarily take our servers offline. We took this step to contain the threat, secure our network and protect our clients’ data.

“To the best of our knowledge, we do not believe that any customer or employee data was accessed or exfiltrated.”

Yesterday evening Finastra announced that it had been able to bring back online the servers it had to take offline on Friday morning.

“Following Friday’s incident, Finastra’s teams have been working tirelessly to bring our systems back online,” the company said.

The London-based firm, which now has offices in 42 countries, has not revealed the exact cause of the ransomware attack, simply referring to a “bad-actor” without specifying any further details.

Two US financial institutions forwarded a notice they received from Finastra to Krebs on Security, which said the outage was expected to disrupt certain services, particularly for clients in North America.

The company is understood to have closed various offices in Canada and London following the attack, and has employed an independent forensic firm to investigate the nature of the breach.

“Because our solutions each have their own nuanced processes to move from being available to operationally live, each of our products will be back once readiness steps are completed,” the firm said, suggesting various Finastra services will have to be switched back on one at a time which could variably impact its banking clients.