National Bank of Canada (NBC) has migrated its on-premises deployment of Murex MX.3 to the cloud. 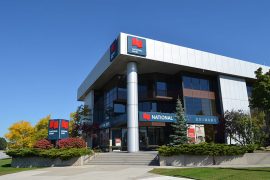 NBC went live on the Murex system in October 2019

NBC went live with the Murex risk and reporting platform back in October 2019. The system will now be hosted on Amazon Web Services (AWS).

According to Sylvain Gagnon, software system specialist at NBC, the bank wanted to scale its infrastructure and provision environments that would meet its growing needs.

“By using AWS, we can spin up MX.3 instances in minutes instead of months,” he adds. ““This is another world for us, and it has completely transformed how we do things. We could never have achieved this in our data centre.”

Peter Williams, senior manager and partner solutions architect for financial services at AWS, says that the relationship between NBC and Murex is one that exemplifies what the cloud infrastructure giant is trying to do for its clients.

NBC is one the six systemically important banks in Canada. It is the sixth-largest commercial bank in the country, and posted CAD 1.9 billion ($1.32bn) in revenue for Q3 2019, a majority of which originated in its personal and commercial banking division.

It originally selected Murex and MX.3 to keep up with new legislation like the Fundamental Review of the Trading Book (FRTB).

“NBC is in a great position for FRTB compliance,” said Normand Tanquay, head of Murex Canada, at the time.

“Now that the pending questions have been answered by the regulator, it’s clear that FRTB will have an undeniably large impact on the banking industry and early preparation is key.”