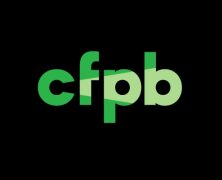 The CFPB has filed a lawsuit in the Illinois federal court

Filed in federal court in the Northern District of Illinois, the lawsuit alleges that Fifth Third violated the CFPB’s prohibition against abusive business practices, the Truth in Lending Act and the Truth in Savings Act.

According to the filing Fifth Third’s misconduct stretches back to 2008, when it implemented a cross-selling strategy to increase the products it provided to its customers.

Part of that strategy involved creating a compensation programme which rewarded employees for selling new products. The CFPB alleges that employees were judged on their sales, and in some cases their employment rested on their ability to push new services.

This environment resulted in the opening deposit and credit-card accounts in consumers’ names, the transferring of funds from existing accounts to new ones, the enrolling of consumers in unauthorised online-banking services, and the activation unauthorised lines of credit on accounts.

The CFPB claims that Fifth Third had known of these practices since 2008, but took “insufficient steps to detect and stop the conduct and to identify and remediate harmed consumers.”

Fifth Third warned its investors earlier this week that it expected the bureau to file an enforcement action against it.

In a statement released following the CFPB’s accusations, the bank wrote that while it “respects and values the important role the CFPB plays in protecting customers” the lawsuit is “unnecessary and unwarranted.”

Susan Zaunbrecher, chief legal officer at Fifth Third Bank, adds that the firm will defend itself “vigorously” and is confident of the outcome.

“After an investigation spanning more than three years and involving nearly half a billion pieces of data produced by the bank,” she adds, “the CFPB has not informed us of any unauthorised accounts beyond the fewer than 1,100 accounts that the Bank itself identified out of 10 million – or approximately 0.01 % of accounts opened between 2010 and 2016.

Founded in 1858 as Bank of the Ohio Valley, Fifth Third is one of the largest consumer banks in the Midwestern United States. It has around $413 billion in assets under management and operates 1,149 branches.

Wells Fargo agreed in February to pay $3 billion to settle its own long-running battle over fraudulent accounts.

The bank, fourth-largest in the US, will pay the hefty fine to both the US Department of Justice (DOJ) and the Securities and Exchange Commission (SEC).

Wells Fargo was found to have pressured employees to cross-sell products and services, leading them to create millions of fake accounts using forged and fraudulent customer signatures.

Employees of the bank were found to be using their own contact details on application forms, so as to ensure that the real customer was never informed about the accounts opened in their name.