Sohar International Bank, the Oman-based bank formerly known as Bank Sohar, has appointed Nordea’s ex-chief digital officer Ewan MacLeod as its new chief transformation officer. MacLeod left Nordea, the largest financial group in the Nordic countries, ahead of the bank’s “next phase” in its digital journey. 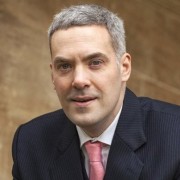 Following the release of its latest financials, the bank’s chairman Mohammed Mahfoudh Al Ardhi says: “With the ongoing commitment of the government to continue concentrating on infrastructure projects along with investments in the key sectors identified in the economic diversification plan, we expect to see continued demand for financing shortly despite current levels [of] oil prices.”

Last year, the bank rolled out a number of digital products, including contactless cars with Point of Sale (PoS) devices and biometric authentication for its banking app.

MacLeod’s most recent role at Nordea saw him set up Nordea Ventures, designed to invest in fintech start-ups on behalf of the bank. He also took a more general internal responsibility to promote digital awareness amid the on-going front-to-back office digital transformation Nordea initiated in 2015 with partners such as Temenos, Finastra and Tieto.

Prior to relocating to the Nordics for his role at Nordea, MacLeod was based in the UK, having worked for the Royal Bank of Scotland (RBS) and Nationwide. 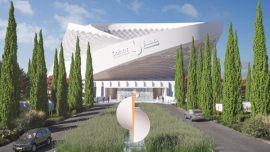 Now joining Sohar and relocating again, this time to Oman’s capital Muscat, MacLeod says he will be “leading the transformation activities – including marketing, customer experience, digital services and project management office (PMO) functions” for the bank.

Sohar is currently in the process of developing a new headquarters, for which it has now revealed building plans for. The futuristic design will interlock ellipses, resembling the bank’s logo.