Metro Bank has a new director of technology and engineering in Sailesh Panchal, who joins the bank this month from Orwell Group. 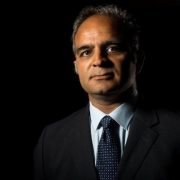 Panchal spent just over two and a half years at Orwell Group as chief technology officer. Prior to that he held numerous roles at Lloyds Banking Group, including head of regulatory technology architecture and head of payments architecture.

Panchal is part of a series of changes at the top for Metro Bank, which saw the departure of major chief executives, including founding chairman Vernon Hill and CEO Craig Donaldson, in late 2019.

Orwell Group launched Ipagoo, a pan-European current account, in 2015. The fintech partnered with the International Air Transport Association (IATA) in the start of 2019 before running into financial troubles.

It was eventually bought up by Anglo-Dutch investment group in September 2019 after the FCA ordered it to halt all regulated activities to protect customers.