PSD2 turns two: Where do we go from here?

PSD2 still has a long way to go but it has made some impressive progress in the fintech sector. So, after two years in, is PSD2 a success? And where do we go from here? Julie Muhn, senior research analyst, Finovate explores the possibilities of PSD2’s impact on financial markets in 2020.

Despite growing pains, there is evidence that PSD2 has had a positive influence on the fintech industry by promoting both innovation and competition. Challenger banks have taken advantage of open banking, making Europe the leading region for such non-traditional financial institutions. Germany’s N26, for example, now has 2.3 million users – a three-time increase from the previous year.

Although some consumers may not realise it, they are indeed better off. Many banks have expanded their APIs and integrated with third-party providers. Additionally, the introduction of more players has increased competition which, in turn, encourages banks to enhance their offerings and customer service. We recently spoke with Token.io CEO Todd Clyde, who added to this list, noting that open banking also offers consumers access to cheaper credit. 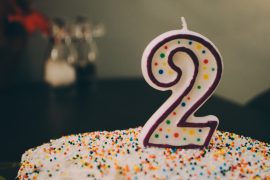 Clyde also laid out benefits for businesses and banks. “Businesses will benefit the most from a dramatic reduction in the cost of payments and will therefore lead the adoption of open payments,” he said. “Banks will benefit as they move from compliance to commercialising open banking and bring new API-enabled propositions to market which allow them to compete with Big Tech and fintechs in the new financial layer and re-intermediate themselves with customers.”

The progress for compliance with PSD2 has been slow, primarily because of the cost to adapt. Last March, Tink interviewed 442 European banks across 10 markets and found that 41% of the banks were not in compliance with PSD2. Specifically, these banks failed to provide third parties a sandbox to test their APIs. Legacy systems in particular are costly to modernise, which is necessary when integrating with open APIs.

“On the payments side, the stability of the APIs is the greatest barrier,” said Clyde. “If a data API fails and your balances are not reflected correctly for a few hours, the consequences are minimal. The same is not true for payments where API resiliency must be high in order to deliver success rates equal to or greater than cards.”

Additionally, end consumers are still not well educated on the purpose or benefits of PSD2. One of the aims of open banking is to place consumers in control of their own data. This means that consumers can allow third-party companies to access their data easily and securely and have the right to decide what information third parties can access and for how long. However, Tink reported that, even among senior financial services executives, 20% were “not very familiar” with PSD2. If financial services companies aren’t educating their staff about PSD2, it’s unlikely they are educating their consumers.

Where do we go from here?

In an interview with Adam Farkas, executive director of the European Banking Authority, NS Banking reported that the new regulations will help the European payments market scale more easily and faster than in other regions and that industry participants will compete on a more global scale. Thus far, this has proven to be true. As we mentioned previously, the explosion of challenger banks in the European region is evidence of increased competition. Multiple other fintech sectors have the potential to scale, as well, including:

According to Token.io’s Clyde, banks laid the groundwork for open banking with APIs in 2019 and he expects 2020 to be a turning point for open banking. “After a period of stabilisation for APIs, transactions will soon follow; starting with data and progressing to payments. 2020 will also be the year of open payments in the UK, with certain merchant categories going live with single immediate payments and transaction volumes following.”

This article is also featured in the FinovateEurope 2020 supplement.