Digital wallet STC Pay, the financial arm of the Saudi Telecom Company, is set to launch a new challenger bank in Saudi Arabia with the help of technology and payments firm Moven Enterprise. 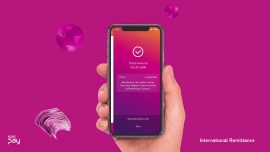 STC Pay is part of the Saudi Telecom Company and provides financial technology services to individuals and companies. STC Pay, is in-line with the Saudi Arabian Monetary Agency.

The firm launched its digital wallet in the form of a mobile app in October 2018. The app allows users to pay for services or products, pay for bills, share money, and send money internationally through a partnership with Western Union.

Moven, which provides banking platforms, has been expanding globally following an investment deal with SBI International.

It signed a partnership with Bahrain-based Almoayed Technologies in January 2019 to fuel its growth plans in the Middle East and North Africa (MENA) region. In an official announcement made by the two parties at the time, it said that “Almoayed has localised Moven’s platform in line with regulation and the requirements of banks in the region”. However, Almoayed is not involved in the STC Pay and Moven partnership.