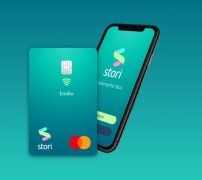 Mexico-based digital bank Stori has closed its $10 million Series A2 funding round, co-led by Bertelsmann Investments (BI) and Source Code Capital, and joined by existing investor Vision Plus Capital.

Since its launch in 2018, Stori says it has raised more than $17 million from investors. “This new round of financing will enable Stori to strengthen its big data and AI platform, grow its talent base, and serve 100,000 customers in Mexico,” it explains

The challenger has also launched its credit card. “The Stori card is a transformational product and experience for Mexican consumers who need it most,” the company says. “Within weeks, the first 2,000 cards were already activated by eager customers due to its compelling features.”

Bin Chen, CEO and co-founder of Stori, recalls how two decades ago, a credit card saved him from financial difficulty and helped launch his career. “Now we are making it our mission to give the same opportunities to tens of millions of hard-working and responsible Mexicans,” he states.

Stori has ambitious plans to conquer Latin America with its digital banking proposition, starting with Mexico. “Our mission is to build a leading digital bank in Latin America that drives financial inclusion with technology,” say Stori’s Mexico co-founders, Marlene Garayzar and Manuel Medina.

The traditional banking industry has underserved the Mexico mass population, the founders say. Only about 40% of the nearly 130 million population have bank accounts, and less than 15% of consumers have access to bank provided lending.

Meanwhile, 72% of Mexico consumers use smartphones, yet “most banks have not caught up with the digital transformation and are not able to provide a compellingly simple and good customer experience”, according to Stori. “As a result, a leapfrogging opportunity exists for strong digital bank start-ups to serve the 70 million unbanked and underbanked consumers, particularly the younger generation, with a superior mobile-first user experience and an inclusive approach.”