CIMB Bank Philippines has partnered with identity and authentication firm Jumio to provide a new suite of digital onboarding tools for its customers. 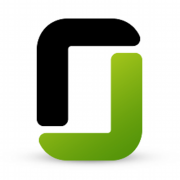 A digital-only bank and subsidiary of the CIMB Group, CIMB Bank Philippines claims to have signed up more than two million Filipinos, 30% of which are first-time bankers.

Jumio says that the collaboration has provided the bank with a “safe and seamless” onboarding experience for customers.

“Our partnership with Jumio has been integral in achieving our milestones so far as an all-digital bank in the Philippines to deliver a safe and secure banking experience,” says Vijay Manoharan, CIMB Bank PH CEO.

“We are very grateful to have them as an ally in bringing Filipinos closer to financial inclusion.”

The group employs around 40,000 people across 18 countries and claims to operate a branch network number more than 1,000 locations across Southeast Asia.

He adds: “We are extremely proud to partner with CIMB Bank Philippines to help give more Filipinos access to digital banking in a secure, seamless and compliant manner.”