In research by digital banking for businesses platform Tide, it was revealed SMEs are on average chasing five outstanding invoices at any one time which is eating into an hour and a half of each of their days. 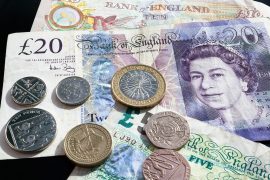 With the average amount owed on an invoice totaling to £8,500, this just £500 shy of what a 2018 Bacs report found which estimated cost of recovering overdue money for UK SMEs is now £9,000.

The pain point of late payments is one which is fast-pervading the UK SME market, providing a huge opportunity for fintechs to jump in and solve the problem.

“The whole concept of slow payments is a huge global issue,” Previse co-founder and CEO Paul Christensen tells Forbes in a previous interview. “It is a huge global opportunity that no-one has cracked yet. Given the problem is so big, why has no-one cracked it yet? Everyone has tried to solve the problem using process, and changing process at large organisations is really hard.”

Hokodo’s co-CEO and co-founder Louis Carbonnier told Prolific London last year: “Every year across Europe, hundreds of thousands of companies are driven into insolvency because of late or non-payment of invoices.”

He continues: “Trade credit insurance exists to mitigate this issue, yet SMEs have effectively been blocked from the market by an old-fashioned broker model, which doesn’t suit their needs. Hokodo is on a mission to rectify the situation.”

In a similar report to Tide’s, accounting software provider FreeAgent found from a sample of 1,000 small and medium businesses (SMBs), 93% said chasing late payers was an issue. FreeAgent also surfaced a stringently unforgiving attitude to late payers among the SMB circles, revealing more than half them equivocated a late payment is a corporate crime as serious as fraud or malpractice – potentially even a prison sentence.