Bynk, the Swedish mobile loan app, has announced its is re-branding to ‘Rocker’ to become one of the latest challenger banks on the block.

The fintech allows users to pause loans, merge several different loans into one, and change instalment plans all through its app. The newly-declared neobank has launched a smart debit card and says it plans to launch a savings service later this year. 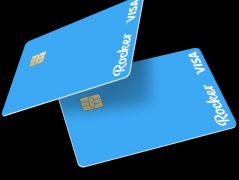 “This is the next step in our ambition in building a leading European neobank with a wide range of financial services,” says Rocker’s founder Jonas Hultin.

The reason for the shift to neobank status is two-fold. Firstly, the fintech launched the internationalisation of its business across wider Europe and believes that becoming a challenger bank will achieve that goal. Secondly, the fintech wants to develop its products for saving, borrowing and paying. It finds that those products will be easier to execute as a bank.

In a company statement, Rocker said that its new smart features as a challenger bank will allow the user “to link their own payment behavior to savings functions to increase opportunities to reduce or optimise spending and increase their own savings or to save with friends and family”.

The company’s board also intends to evaluate a market listing of existing shares on the stock exchange, calling the move “one of several ways to finance the growth strategy”.

Rocker’s founder Hultin spent more than five years at Schibsted as head of platforms and new products before he left to build Bynk in 2016.