Tink, the Swedish API builder, has launched its platform in Italy and Portugal as part of its European expansion strategy, as well as opening new offices in Madrid and Milan.

Now with a team of 270, the open banking platform says it provides access to 2,500 banks’ financial data across Europe. 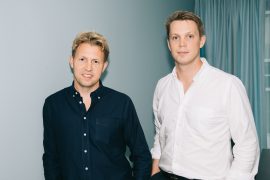 Already active in 14 markets, including the UK, France and the Netherlands, Tink’s move to Portugal shadows its deal with the second largest bank in the country Caixa Geral de Depósitos (CGD) in September, which saw it help create the bank’s financial consumer app.

Tink says it can now offer all banks, fintechs and start-ups in the country access to aggregated financial data “from Portugal’s 20 largest financial institutions” which include ActivoBank, Atlantico Europa and Santander.

The Italian expansion is taking a similar shape, offering the same sorts of institutions in Italy access to transaction data from “12 of the country’s key banks”, including Unicredit, Intesa Sanpaolo and Banca Popolare di Milano.

“In 2020, we hope to complete our pan-European coverage, propelling the development of customer-centric financial services and deliver the technology that makes it possible,” says co-founder and CEO Daniel Kjellén.

The Swedish start-up has appointed Beatriz Gimenez, who joined Tink as country manager for Portugal and Spain four months ago, as its head of the Madrid arm and Marie Johansson, who joined as a senior business manager nine months ago, as head of its Milan arm.

The expansion marks the end of a big year for Tink, which saw the fintech raise €56 million and land partnerships with PayPal and NatWest.

Read next: Tink tells NCA companies “are not ready” for PSD2