KogoPay, the mobile payment app which offers “instant and affordable” transactions between Europe and Asia, has raised more than £200,000 in crowdfunding on Crowdcube hitting a £10 million valuation.

Based in London and Bangkok, the 2018-founded fintech hit 102% of its target with a total of 281 investors. The app will launch “soon” on the Apple Store and Google Play according to the KogoPay website.

“Crowdfunding is part of our £2 million fundraising,” says CEO and founder Narisa Chauvidul-Aw. “Recently we have been contacted by a few potential investors and partners through the process. That’s a fantastic news.” 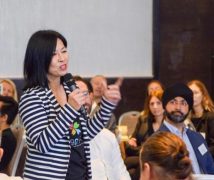 As well as international transfers between the UK and Asia, KogoPay customers can also make local transfers to friends, family, traders, community projects and charity collectors through wallet to wallet and QR code payments.

Users can top up their account by bank transfer or card, earn points on transactions and participate in the ‘Pay it Forward’ scheme which gives a free drink, meal or other gift to someone in need.

“With KogoPay, users do not have to pay high banking fees or suffer the inconvenience of having banks hold their funds for days for international payments,” says founder Chauvidul-Aw.

Chauvidul-Aw was an academic adviser at London’s School of Economics for three years where she secured a doctorate, following similar time teaching in Bangkok. Now having founded KogoPay, as well as setting up a venture capital fund focused on fintech, Chauvidul-Aw is now putting her teachings into action.

KogoPay is currently partnered with Superrich Thailand for its currency exchange rates and is regulated by the Financial Conduct Authority (FCA).