Goldman Sachs and Morgan Stanley are in the crosshairs of the Bank of England (BoE), just two banks an industry-wide set of probes launched by the UK regulator. 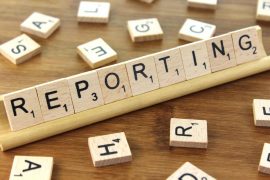 According to Financial Times sources, the Prudential Regulation Authority (PRA) has launched Section 166 reports into both Goldman and Morgan Stanley.

Section 166 reports, also known as skilled person reviews, allow regulators to gain a view over aspects of a firm’s activities from a third party. It’s usually undertaken if the regulator in question is concerned or seeking further information.

A Section 166 is not a full investigation, and often acts as a preliminary measure.

The FT source says that the PRA probes focus in on the reporting of balance sheets, and were part of a “Citywide” review into the stability of the banking system.

“The failings in this case demonstrate a failure over an extended period to manage and test controls that are vitally important to the integrity of our markets,” FCA executive director of enforcement, Mark Steward, said at the time. “These were serious and prolonged failures.”