Core banking provider Fiserv has sealed two new deals with US, Wisconsin-based credit unions, one an extension of an existing deal with Landmark Credit Union, and one with new customer Verve. 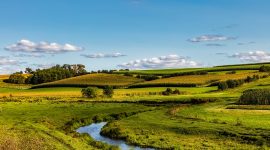 After “a positive and long-standing relationship” with Fiserv, Landmark has now decided to use Fiserv’s DNA product too for its new core account processing platform.

Based on the open architecture and APIs on offer from through the product, Fiserv says Landmark wants to combine member, business and mortgage loan servicing all into one platform, and gain a better global view of its members.

“As we have grown in size and scale, what we want to do and provide our members has become more complex,” says Landmark’s chief information officer (CIO) Steve Hannan, who is confident Fiserv’s DNA product is “a flexible, scalable and extensible core system”.

As Fiserv inks this new deal with an old partner, the core banking provider also begins a fresh partnership with new customer Verve, making Fiserv the platform half of all $1 billion-plus credit unions in Wisconsin now rely on for core account processing.

Verve too, like Landmark, has chosen Fiserv’s DNA to power its core account processing. A much younger credit union than the 1993-founded Landmark, the 2014-founded Verve is also looking to acquire a bank in downtown Chicago as its first bank acquisition.

“We want to be in a position to offer our members services before they realize they need them,” says Verve’s chief marketing and strategy officer Karrie Drobnick, who feels Fiserv will be able to expedite their ability to do that either through themselves or a third-party on its network.