The Emerging Payments Association (EPA), the organisation which brings together industry players, has published a guide comparing the likes of Barclays, Natwest and Starling on how open their accounts are to businesses working in payments.

With the help of ten UK account providers in total, the EPA examined the providers’ account offerings, the schemes they support and the levels of risk attributed to certain customers. BFC Bank, Clear Bank, Form 3, LHV, Modulr Finance Limited and RailsBank all also took part in the report. 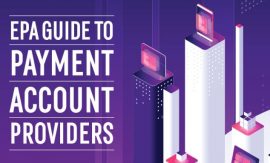 The EPA ruled that since its last survey – the date unspecified – which found 48% of respondent companies had been refused a banking service, the industry has moved “far” and “progressed in recent years”.

“Historically, the payments industry is often subject to criticism for closing its doors to businesses, due to an increased level of de-risking by UK banks,” the EPA says in a statement.

Now the organisation believes the banking industry supports payments firms to open and keep open bank accounts for safeguarding funds as well as everyday trading, and promotes a broader understanding on the nature and impact of de-risking.

The guide includes tables which show which sorts of payments the account providers can facilitate, as well as where they’re risk appetites stick and what types of accounts – for example safeguarding or interest bearing – they can offer companies.

The guide will act as a live document, with more payment providers lined up to contribute to the next edition in six months’ time.

“We must ask ourselves, is the market for bank accounts open and competitive?” queries EPA’s director general Tony Craddock.

“This report highlights that with some notable and worthy exceptions, there are precious few providers of bank accounts to companies operating in payments which is approaching a market failure. We call on the government and regulators to sit up and take notice.”