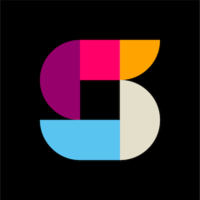 Sonect, a Swiss paytech which specialises in virtual ATMs, has completed its Series A funding round. The start-up raised CHF 8.45 million ($8.6 million) from existing investors in this round, which was oversubscribed.

Founded in 2016 by its CEO Sandipan Chakraborty following a lengthy stint at Credit Suisse, the paytech converts every shop into a “virtual ATM”.

This means users can withdraw cash from any participating store using the platform on their smartphone.

The company says it “builds a community around local businesses and helps them generate physical leads while banks save up to 50% in running their ATM operations and optimise their presence.”

According to Sonect, since its inception it has created the largest network of cash withdrawal points in Switzerland and Portugal. In 2017, the firm was Highly Commended for its efforts in the Banking Technology Awards for the Best Consumer Payments Initiative.

The new funding will help Sonect expand across Europe and make inroads into Latin America. For the latter, it has recently inked a partnership with Arca Continental, one of the largest beverage manufacturing and distribution companies in the region – in Mexico alone it has 300,000+ points of sale.