Our top women in fintech and banking 2019 short list

It’s still a notably underrepresented world out there for women when it comes to banking and fintech. A report released earlier this month by Findexable found just 12% of fintech founders are women, and that just 18% of ‘banking leaders’ are women.

But we’ve began to spot some rising stars across the industry, which prompted us to shortlist some of our ‘ones to watch’ alongside some more well-known female leaders. In no particular order:

Sarrah Cherhabil, VP of technology at Marcus by Goldman Sachs 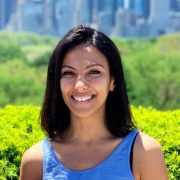 With a career history already mounted with major banking names such as IBM, JP Morgan and Goldman Sachs, Cherhabil’s last ten years in the industry have been nothing short of impressive. She evolved from analyst positions to a securities lending role at Goldman Sachs, before working on Marcus, Goldman Sachs’ digital bank. Last month she spoke at the Lesbians Who Tech Summit in London, which could be one of the most inclusive conferences created to date – 80% of its participants are queer women, and 50% of women who attend are women of colour. 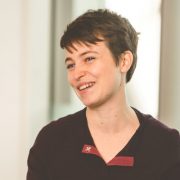 Previously a fintech analyst at Octopus Ventures, a major European investor, Souliman joined a new investing start-up called Cred this month. Starting out at Octopus as one of their youngest investment professionals to date last year, the French-born analyst will now be leading Cred’s fundraising. “Some VCs say that they would love to invest in female entrepreneurs, but claim that the talent isn’t there,” Souliman tells Sifted. “This simply isn’t true and I think most people now agree that is an outdated view.” 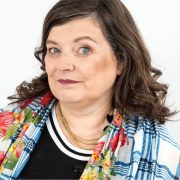 A household name in the fintech space, Boden was one of the first to make up what is now the slight 12% of fintech founders who are women. Backed by the Royal Bank of Scotland, Boden has created a challenger bank which now manages £1 billion in deposits across one million users. Daughter of a steelworker and a department store worker in Wales, Boden moved to London and eventually worked her way up to chief operating officer (COO) for Allied Irish Banks (AIB) before founding Starling. 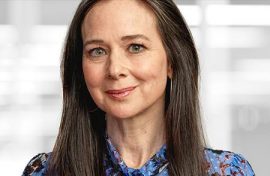 From helping free hostages in Iraq and Afghanistan, to working with the US president cabinet on cyber intelligence in war zones, to leading the cyber centre for Morgan Stanley, Easterly has led a remarkable career. After standing up the US army’s first cyber operations unit, Easterly later worked under President Obama’s National Security Council Staff as a deputy director of global counterterrorism and hostage policy. Now she responds to cyber threats at the head of Morgan Stanley’s Cybersecurity Fusion Center. 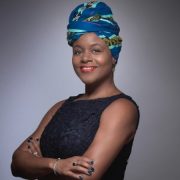 Creating Ovamba Solutions with her friend Marvin Cole, Llewellyn’s fintech is helping micro, small and medium-sized businesses in Africa gain access to short-term capital. Now having expanded into northern Nigeria and South Africa, the company announced in the early months of this summer that it processed more than 1,000 funding transactions for businesses in Cameroon alone. Llewellyn is also on the board of advisors for Lobbying Africa, a body which helps companies break into the African market.

Alison Rose, CEO of the Royal Bank of Scotland (RBS) 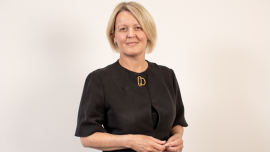 This September Rose became the first female leader of a major UK bank. After spending 27 years at RBS, having filled roles such as deputy CEO of NatWest Holdings and head of RBS’s commercial and private banking business, Rose will now be paid a salary of £1.1 million. This is excluding the £1.1 million she receives in shares and the £26,250 in other benefits, taking her basic pay to more than £2.2 million a year. 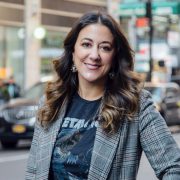 After spending more than 15 years leading global banking development teams across Bank of America, JP Morgan, and finally HSBC where she managed roughly $2 billion in revenue and teams spanning more than 55 countries, Luzio decided to found her own company in New York. Luminary is a collaboration hub for ambitious women to do business and create women-led partnerships. The communal working space is specifically catered to women, offering lactation rooms, a beauty bar and complimentary wine on tap.

Sheree Atcheson, head of diversity and inclusion at Monzo 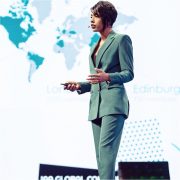 Atcheson joined Monzo this October, following a three year stint as a Deloitte consultant – two of which were also spent founding her own non-profit organisation called I Am Lanka, which was designed to showcase Sri Lanka’s local and global role models. Now listed as one of the Top 100 Most Influential BAME Leaders in UK tech by the Financial Times, Atcheson has also spent more than six years directing expansion of Women Who Code, a community offering women in tech access to low or no barrier-to-entry programmes to up their skills. 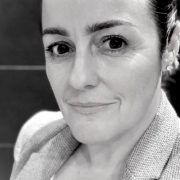 Beginning her career as an art curator before going straight into founding her own trading start-up, Bohn has not taken the orthodox route into her blue chip banking career. Now with nearly 18 years’ experience spanning Citi, Deutsche Bank and Lloyds, Bohn is in prime position to promote gender diversity across the banking space which she does at various industry conferences. On her current role, which fosters the bank’s innovation and its attitude to new ideas, she told Harrington Star in an interview: “Bring the jazz hands […] get everyone in a room and see where the magic takes us” 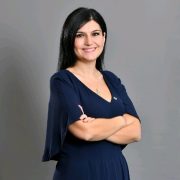 Turkish-born and based banking executive Beyzadeoglu has worked across the Turkish banking sector for the last 18 years. In her early role at Ziraat Teknoloji, she worked as a systems analyst on one of the biggest core banking transformation programmes at the time in Turkey. Then after spending five years consulting Turkey’s major banks at Accenture, Beyzadeoglu joined Akbank to manage all its IT strategy for six years.This brings us to today, where she now heads up Alternatif Bank’s IT and digital banking teams as a vice president.