The common data format that benefits everyone

In 2017, the Economist published a report titled “The world’s most valuable resource is no longer oil, but data”.  You might also hear claims that “data is the new gold”.  Whichever commodity is used for the comparison, the important message is that data is now seen as extremely valuable.

What is also relevant for these comparisons is that all the commodities – oil, gold or data – have only a fraction of their final value while in their raw state.  Only when refined, turned into coins or jewellery or analysed efficiently do they achieve their full value.  Is it a coincidence that we talk about mining data to extract its value? 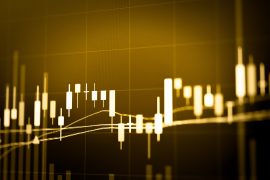 Data has only recently started being held in such high regard.

But data has only recently started being held in such high regard, because of the challenges associated with releasing its value.

In the asset management industry, fund providers sent data to their distribution partners in a format agreed between them, often using manually created and populated Excel spreadsheets.  This meant that there was no industry standard field format, so each fund provider had to maintain its own data files and distributors had multiple sets of data that they may not have been able to combine or cross-reference.

For a provider to change a field’s definition or validation rules meant repeating the process over all the formats and for all distributors to avoid the risk of investors seeing different data through different channels.

Even worse, the interpretation of each field was left up to each fund provider, which led to errors, inconsistencies and problems when distributors tried to reconcile and compare the information they received from different fund providers.

The quantity of data sent between fund providers and distributors has been growing rapidly in recent years, driven by a combination of an increasing appetite by distributors and investors for fund details and regulatory requirements for greater disclosure, so the problem was getting worse.

In 2014, a number of large distributors took the unprecedented step of collaborating to find a solution to this broken model of data distribution.  The rationale was that, rather than giving one party a competitive advantage over others, more consistent and better-quality data would raise the bar for all, making everyone more efficient and improving the quality of service to clients.

The result was the openfunds data standard, launched in January 2017.

A good analogy for the benefits of openfunds is the airline booking industry. A lot of data is needed from each airline before a fare can be calculated – class of travel, length of stay, cancellation rights, route and many others.

There was a time when each airline had its own booking system, to which travel agents subscribed, with different formats and different ways to navigate them.  Over the years, as technology became more advanced, the systems became more centralised and the individual systems have now been replaced by the Airline Reservation System, which links to the Global Distribution System.  These make sure that fare information and seat availability is accessible in a single format through travel agents.

Have the end users benefited from a more efficient and standardised provision of flight data?  We believe that this increased competition has contributed to a general raising of standards, as passengers are able to make their choice from all the options available on their chosen route.

Replace airlines and travel agents with fund providers and distributors and you have a good picture of the opportunities for improvement that openfunds set out to satisfy; all parties calculate and present the data in the same way, everyone understands what the data represent and this raises the standard for all concerned.

This article is also featured in the summer November 2019 issue of the Banking Technology magazine.