Cash is king in Japan, and more so for the country’s fast-aging population who are still deeply reluctant to give it up, according to Japan Today.

Prime Minister Shinzo Abe’s push to make more Japanese people – the world’s most dedicated cash-hoarders – switch to using cashless payments is producing some success, but not nearly as much as desired. 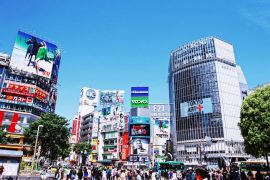 “Everyone likes cash, don’t they?” says a 65-year-old woman in Tokyo.

A growing rank of the nation’s elderly pensioners are resisting change, which could see Japan fall further behind its peers in adopting mobile app payments and electronic money.

“Everyone likes cash, don’t they?” says a 65-year-old woman in Tokyo, while looking at a cashless payment app banner. “I’m not interested in going cashless. I feel uncomfortable with it in case I lose my mobile phone. It’s also unclear how much I’ve spent compared with taking money out of my wallet.”

Tokyo wants to double the ratio of cashless settlements to 40% by 2025 and to 80% eventually to spur labour productivity. Japan pales in comparison with other countries – 96% of transactions in South Korea and 66% in China are cashless, data by an industry lobby Payments Japan Association shows.

The transition to digital transactions will help Japan cope with a shrinking population and a tight labour market. Cashless payments will also allow stores to automate sales estimates and banks to cut back on costly automated teller machine networks.

Shoppers were recently encouraged to ditch cash for e-money after the government sweetened the deal by introducing a rebate program to ease the pain of a sales tax hike on 1 October.

Funded by 300 billion yen earmarked for subsidies, shoppers get a refund in the form of points if they use cashless payments at small shops and convenience stores.

Some have met with initial success. QR code payment app PayPay – owned jointly by SoftBank and Yahoo Japan – saw memberships jump from 5 million since August to 15 million, thanks in part to the government’s campaign.

Satoshi Kumagai, senior vice president in charge of financial services and digital business at convenience store chain operator Lawson, said the ratio of cashless payments of sales have increased to 25% from October versus 20% previously. 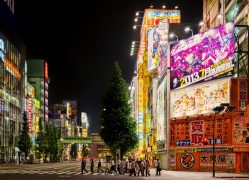 Japanese households hold more than half of their assets in cash and deposits.

“It would be ideal to see all the transactions go cashless given labour shortages and the need to boost convenience for our customers,” Kumagai told Reuters. “On the other hand, we’ll need to find a way to help those elderly who may find it hard to go shopping without cash.”

Japanese households hold more than half of their assets in cash and deposits. That proportion rises with the elderly, some of whom stick to cash as a way to prevent wasteful spending.

Many small businesses are also struggling to shift to cashless payments or see little benefits in doing so.

“Mom-and-pop shops rely on daily cash incomes to run their operations, so they cannot depend on receivables too much,” says Yukio Kawano, chairman of Japan supermarkets industry lobby.

Less than half of some 2 million small firms deemed eligible for subsidies on cashless payments have been registered with the government campaign, due to the cost of introducing machines and high transaction fees.

A low crime rate, ultra-low interest rates and a nationwide web of ATMs have long made cash appealing in Japan, giving people few incentives to shift to cashless payments.

The trend, however, could change gradually as commercial banks consolidate their ATMs, reducing consumers’ access to cash.

Still, convincing the elderly, who make up nearly one-third of the population, to change their practices won’t be easy.

In a bustling shopping district of Tokyo’s Ginza, many small stores have yet to embrace cashless transactions.

Mitsuo Kotake, 70-year-old owner of a small flower shop, said he started offering PayPay three months ago. But entering pin codes and setting up apps are simply too confusing for his customers, most of whom are seniors coming to buy flowers for the graves of their beloved ones, he added.

“It’s easy to use for young people, but elderly people are not familiar with it,” he says. “I don’t use cashless myself. Cash is quickest.”