Fintech industry influencer, Dharmesh Mistry, has stepped down from his role as the chief digital officer (CDO) at Temenos, according to his LinkedIn post on 31 October 2019. 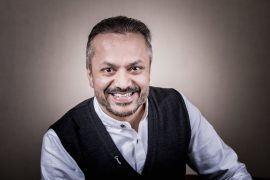 Dharmesh Mistry is ready for change as he leaves Temenos.

“After seven amazing years at Temenos and 30 years in banking technology, it’s time for a break and to take a fresh look at the world,” writes Mistry.

Mistry joined Temenos as a product director of its channels in retail, corporate and wealth in 2012, where he was responsible for the team moving all core banking screens to a user experience platform (UXP). He then climbed up the ranks and became its product director of its digital strategy after a year, where he stayed in the role until 2016 when he was promoted to CDO.

“The awesome digital team has helped Temenos become a global leader in digital banking in the eyes of all analysts and I could not be prouder of their achievements and hope they keep dreaming big. Many thanks to all the amazing people at Temenos I have had the pleasure of working with,” adds Mistry.

He started his career in banking as an IT consultant at Lloyds bank in 1986 and has held posts such as the head of technology strategy and architecture at NatWest Bank Card Services, and a CTO in both entranet and edge IPK.

Mistry also writes regularly for the Banking Technology magazine and FinTech Futures in his column “I’m just saying..” and will continue to post his thoughts about UX, digital innovation and more on our website.