Citigroup has been fined £43.9 million by the Bank of England’s Prudential Regulation Authority (PRA) for failings in its governance of regulatory reporting which “fell significantly below the standards expected” between 2014 and 2018.

PRA deputy governor Sam Woods says “Citi failed to deliver accurate returns and failed to meet the standards of governance and oversight of regulatory reporting which [the PRA] expect of a systemically important bank”. 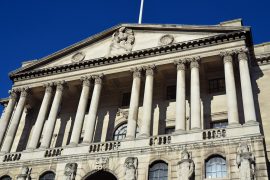 The Bank of England, which oversees the PRA and says this is the biggest fine it has imposed on a bank, revealed in a statement that Citi’s failings “persisted over a significant length of time and were serious and widespread in nature”.

“They led to significant errors in the firms’ returns, including six substantive matters which had a material or potentially material impact on the returns.

“This meant the returns submitted were unreliable and did not provide the PRA with an accurate picture of CGML’s capital or liquidity position.”

Official failures by Citigroup Global Markets – one of the group’s three divisions – included allocating inadequate human resources for its liquidity returns which meant they were incomplete and inaccurate, as well as taking an “insufficiently robust” approach to interpreting the technical side of reporting requirements.

Citibank’s London branch (CBNA London) and Citibank Europe’s UK branch (CEP UK) – the other two divisions which make up Citigroup – were also part of the fine.

The group was criticised as a whole for failing to document its UK regulatory reporting control framework adequately “given its size, complexity and systemic importance”, and was told it failed to design, operate and implement its systems and controls which support regulatory reporting effectively.

“It’s big organisations such as Citi and others who suffer […] because of their sheer size and complexity,” says Nelson, advising that FIs need to create a “regulatory data hub” where everything is “logically available in one place”.

A Citigroup spokesperson said: “Citi has fully remediated the past regulatory reporting issues identified by the PRA, and settled this matter at the earliest possible opportunity.”

The bank has agreed to resolve, meaning it has qualified for a 30% reduction in the fine imposed by the PRA. Without this discount, Citigroup would have had to cough up £62.7 million.