The whole financial value chain is being disrupted by fintech and technology giants, which could usher in a period of increased risk in the financial system. 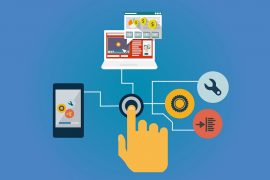 PSD and PSD2 have been examples of regulation driving change, says Beau

That’s according to Denis Beau, first deputy governor of Banque de France, speaking at the Association of Financial Markets in Europe (AFME)’s Capital Markets Technology and Innovation conference this week.

New entrants, he says, are providing new ways to pay, provide credit and invest in capital markets, and central banks and supervisors need to start adopting the right mindset. They should not take the current framework for granted and operate under the assumption that it does not need to evolve, he adds.

“On the contrary, to continue delivering well on financial stability, they should aim at promoting the necessary adjustments so that the ultimate goal of stability is well preserved. We should provide the market with a sounds, adapted and updated framework which is in my opinion needed to support innovation and even to foster it.”

Beau adds that the success of both payment service directives in the EU show that regulators can create “true momentum” in the fintech ecosystem. He says that the General Data Protection Regulation (GDPR) has become a reference for countries around the world.

“The EU market cannot be considered in isolation, especially in the Brexit era,” he warns. “Risks in a digitalised world do not recognise barriers, and ensuring a better coherence of frameworks is a key element for their effectiveness.” Cross-sector and cross-border cooperation is necessary, states Beau.

On the payments side of things, the Banque de France governor says that while there has been an increased demand for 24/7 cross-border payment services, market infrastructures are yet to become fully interoperable.

“The correspondent banking model is often seen as the only model,” he says. “Yet it lacks transparency and be seen as costly.”

Beau points to distributed ledger technology (DLT) and blockchain as potential remedies to industry concerns. Though cautions that there could a be risk that developments in both areas could lead to dangerous approaches without proper regulation of the marketplace.