Will Smith and Kevin Durant part of $20m investment in Mercury 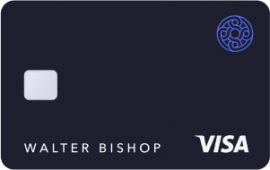 Mercury aims to help startups get ahead

Bank for start-ups Mercury has raised $20 million in a Series A funding round led by Charles River Ventures (CRV) with participation from existing investor Andreessen Horowitz, as well as Will Smith’s Dreamers Fund and Kevin Durant’s Thirty Five Ventures.

Launching in April 2019, the bank had 1,500 signups in its first week and has been growing at 40% each month since according to TechCrunch.

Other previous backers of Mercury include the founder of Silicon Valley Bank Roger Smith, WePay’s Bill Clerico and CEO of AngelList Naval Ravikant.

“While we knew building the bank for start-ups would take some capital, we didn’t count on raising so quickly after our launch in April, and were able to do so largely because of the genuine enthusiasm and groundswell of support from the community,” says Mercury’s CEO and founder Immad Akhund.

He adds: “Raising this Series A will help us push deeper into the vision we have for what the first tech bank in the US should look like.”

Related: Stripe hits $35bn funding on back of fresh funding

Currently Mercury accepts US companies which are not money services businesses, or providers of adult entertainment, marijuana and internet gambling.

The bank has also taken its first application program interface (API) live, allowing Mercury customers to access their account programmatically so tasks previously done by hand will now be automated.