UK cybersecurity firm Sophos, which houses more than 3,400 staff and a turnover of $710.6 million, is being bought by US private equity company, Thoma Bravo, for $3.8 billion. 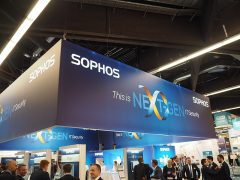 Sophos shares on the FTSE 250 soared by 37% yesterday

Bloomberg reported that Sophos shares on the FTSE 250 soared by 37% on 14 October when the news of the acquisition was confirmed.

This jump, a historical high for the cybersecurity firm, follows a rough 2018 which saw company stocks drop 27% –  its lowest point in almost two years.

Thoma Bravo will pay $7.40 a share in cash, or 583 pence per share, along with Sophos’ other three largest shareholders Apax Partners and Sophos founders Jan Hruska and Peter Lammer.

Hruska and Lammer, who started the company in 1985 and stepped down as joint chief executives in 2005, will make £500 million between them from the sale, which is the first acquisition made by the US private equity firm outside the US.

The acquisition is also the second largest announced private equity backed tech deal so far in 2019, according to Refinitiv’s analysis.

“Another day, another takeover of a UK company by a foreign business,” says UK stockbroker AJ Bell’s investment director, Russ Mould, to The Guardian. “Sterling weakness has made pound-denominated assets look cheap and so we’ve seen many overseas firms pounce on UK assets in the past few years.”

Sophos hit headlines two years ago when it cleaned up a ransomware cyber-attack which hit the National Health Service (NHS) England and UK businesses. Nearly 100 other countries around the world were also affected, including Russia, India and China. Corporate clients of Sophos include Pixar, Ford and Toshiba.

The new owner says the existing management team and employees at Sophos will be key to the business’ future success, making major restructuring and mass job losses unlikely.